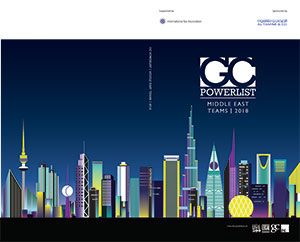 Over the last few years the legal team at ABB has grown more closely aligned with the business in terms of becoming simpler, more flexible, accessible and streamlined. Examples of...

The ALJ legal team possesses a number of notable personalities within its legal department that account for the major success it has had in supporting the varied business interests of...

Abu Dhabi National Exhibitions Company (ADNEC), the owner and operator of the largest exhibition venue in the Middle East, employs a small but highly efficient legal team to oversee its...

AD Ports has moved into an extremely exciting new chapter in its history recently, securing a position on the “Belt and Road” developmental initiative by the Chinese government to focus...

The cultural diversity of businesses operating in the Middle East is often difficult for outsiders to understand. With multinationals across the region continuing to depend on a large expatriate workforce, multiple nationalities often work side-by-side. Bringing together so many different cultural and linguistic perspectives can be a challenge for any organisation. For their in-house lawyers this is compounded by the need to reconcile civil and common law approaches across the team, along with disparate notions of what a lawyer is and how they should interact with their business.

However, this eclectic workforce is also helping to forge new ideas. As this year’s Powerlist shows, the legal teams in the Middle East are not only catching up with peers abroad, but in some cases are leading the way by being creative in finding new ways of providing support to the business. The in-house community across the region is growing each year in size and sophistication and there is clearly a hunger to engage with new ways of working.

We at The Legal 500 are delighted to draw attention to the maturing legal market and provide a platform for legal teams to exchange ideas. For this year’s GC Powerlist: Middle East Teams, we have diversified our focus away from the traditional political and economic heartlands of Saudi Arabia and the UAE. Legal teams based in Kuwait, Bahrain, Oman and Lebanon are all given greater coverage and we also profile our first ever Iraq-based team, signalling the opening of the region’s next boom market to international business. A big thank you must go to all the legal teams who took the time to make this year’s publication even stronger.

Another eventful and, in some jurisdictions, a challenging year across the Middle East, and certainly a busy one for in-house legal teams.

2017 saw just a 1% growth in Middle East economies – the slowest rate of growth in eight years. It would seem that no country in this region was immune to the knock-on effects of a drop in oil prices. With the recent gradual recovery of the price of oil, amongst other factors, it would appear that 2018 is heading towards a more respectable 2.4% growth rate. Many businesses in and investors into the region have showed cautious optimism as a result.

The UAE is leading the way in the Middle East when it comes to (its continued) diversification of its economy and capitalising on the opportunities this brings. The Arab World Competitiveness Report 2018 cited that the new value added tax, which both the UAE and Saudi Arabia were early adopters of, as a contributing factor in the Emirates’ economic resilience. Bahrain will be the next GCC country to implement the 5% tax, with recent estimates suggesting the introduction of VAT will produce revenues of in excess of $25 billion per annum across the region.

The report praised the UAE’s sound infrastructure, strong institutions, as well as the standards of healthcare and primary education. However, it also stated that in order to further increase the country’s international competitiveness, investment in the latest digital technologies should be a priority.
Saudi Arabia is still taking important steps towards change. Following the Crown Prince Mohammed bin Salman’s launch of Saudi Vision 2030 to diversify the economy, there have been significant steps forward in line with the plan. While the Aramco IPO, one of the steps under the plan, appears to have been delayed indefinitely, Saudi Arabia has reassured investors that the flotation, which has been billed as the largest ever, will ultimately proceed.

Technology and innovation appears to be a driver across the region for diversification and growth, with the Middle East increasingly becoming a leader in the technology space. With a young population who have good access to technology, makes the Middle East one of the fastest growing areas for the video gaming industry, with an estimated shared revenue of US $3 billion in 2017.

The region is also adopting and utilising blockchain based applications, including FinTech. The UAE launched its Emirates Blockchain Strategy 2021 in April 2018 with an aim to get 50% of the UAE government transactions into a blockchain platform by 2021 thus saving AED 11 billion in transactions and routinely processed documents, 398 million printed documents annually and 77 million work hours annually. Earlier this year, Bahrain opened its FinTech Bay – a hub to bring together new entrants and industry leaders to create opportunities in this space. To complement this new hub, the Central Bank of Bahrain also launched a regulatory sandbox, creating a safe environment for companies to test their innovative products and services.
Data, and how it is used, has been a focus for countries across the world in the last year in light of the EU General Data Protection Regulation, and the Middle East is no different. Bahrain has announced new data protection laws, which will come into force in August next year. This law changes how businesses process personal data and is an important step forward in modernising the GCC member states’ approach to how data is handled and processed.

Elsewhere, more legislative progress, as the UAE’s new arbitration law recently came into force. This long-awaited legislation, aligned with international standards, creating a more stable and reliable framework for arbitration in the region. This new legislation should help secure the UAE’s position on the global stage as a go-to seat for international arbitration – a positive step forward.

All of these developments – be it on the legislative level, or more broadly, require expert legal advice for businesses to be able to actively capitalise on the changing market conditions or to adapt to new laws. The role of the in-house lawyer has never been more vital and is certainly evolving. No longer just a sage counsel, these individuals and teams are expected to provide strategic insight – they are at the very heart of the business. At Al Tamimi & Co we see first-hand the huge contribution these in-house legal teams make to growing businesses in the region and I am thrilled to congratulate all of those who appear in this year’s Middle East GC Powerlist.