Alderiza Agustini has built her legal career on experiences of large multinational corporations such as Adidas, Philips and Claro. Using past experiences to demonstrate her proficiency, Agustini was made legal... 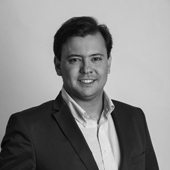 Santo Antonio Energia operate one of the largest hydroelectric plants in Brazil, which has the capacity to supply energy for 45 million people across the country through the Madeira transmission... 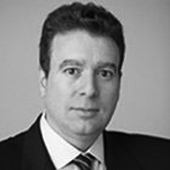 Last year, the UK overtook Brazil as Santander’s most profitable global market. Nonetheless, with Brazilian operations accounting for 20% of the group’s profits – and its largest division in Latin... 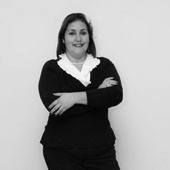 Amira Chammas oversees a team of mixed professionals including seven lawyers, two interns and one legal assistant for Formitex, a Brazilian company with operations in several areas including papers, laminates,...

Since 1994, Ana Fidalgo has worked in the legal department of Lojas Americanas, a Brazilian retail chain with approximately 860 stores in all 26 states. The company, which employees approximately...

For 29 years, The Legal 500 has been analysing the capabilities of law firms across the world. The GC Powerlist is the latest publication from The Legal 500, turning its attention to the in-house function, and recognising those corporate counsel who are driving the legal business forward. The latest edition is the GC Powerlist: Brazil, which identifies an array of the most influential and innovative in-house counsel working in the region.

We have canvassed opinions from law firm partners and in-house counsel across Brazil, to identify corporate counsel that have been instrumental in changing or forming opinions within their company or industry; developing brilliant technical solutions to complex issues; creating innovative structures to ensure that the in-house function is driving the business forward; or providing a business working model that other corporate counsel should follow. Our team of experienced researchers assessed the nominations, speaking both to general counsel and nominating lawyers to finalise each jurisdictional list. The GC Powerlist: Brazil features not just information on why that individual has made the list, but also comment from the law firms about how they feel individual corporate counsel have helped shape innovation in the legal industry. 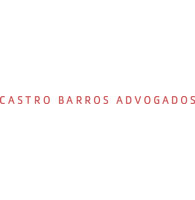 Notwithstanding the frustration resulting from the relaxation of the Brazilian economic austerity policies that led the country to lose very quickly an arduously earned investment grade, Brazil is the undisputable leader of Latin America and, with a GDP of more than USD 1.5tn, one of the world’s ten largest economies. It is true that in the past five years the public administrations (not only the federal, but the majority of state and municipal administrations all over the country) failed to act even when the signs that the good times were coming to an end appeared. It is also true that corruption drained enormous amounts of money and led to disastrous endeavours.

However, all this turmoil faced by the country, which was diagnosed by the critics as the end of the Brazilian dream, had a very interesting side effect: it triggered a battle against corruption (which probably will be long and fierce) that put to test our check and balances system. And even adding to such turmoil the political storm caused by a presidential impeachment process, the system is working satisfactorily, in accordance with the Brazilian Constitution. The growing feeling is that Brazil is becoming a true and consolidated democracy, with everyone subject to the rule of law.

In this very demanding scenario, the role of a general counsel is instrumental, not only in the success but, sometimes, in a company’s survival. Over the past decades, we at CBSG have noticed deep changes in the role and importance of general counsels in Brazil, regardless whether the company is a local one or a subsidiary of a multinational enterprise. Considered in the past as a departed or an ancillary activity within a company, the roles of the legal department and the general counsel grew in importance in such a way that in some cases became an essential tool to the feasibility of a company’s core business. The growing importance of the legal departments encouraged the general counsels to be more pro-active: the flow of ideas and suggestions became a two-way lane, and the law firms, such as CBSG, and the legal departments relationship grew in intensity, with outstanding results.

CBSG is delighted to be part of the first edition of the GC Powerlist Brazil. We always felt that, while the number of directories listing and ranking local law firms or other legal professions is growing, little attention has been paid to the legal departments and the general counsels. Therefore, The Legal 500’s initiative, especially in Brazil, is a relevant step in the right direction. It grants the community of general counsels in Brazil, of which the nominated individuals are impeccable examples, the recognition they more than deserve. 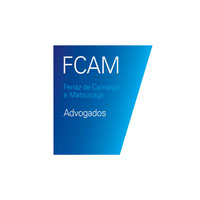 As the new government took office, it is already possible to notice an improvement in business perspectives and some recovery in the Brazilian economy. Despite the irregularities occurred in Brazil’s former administration, we can now realize that, for the past two years, Brazil has made some progress in key areas to get businesses back on track again, with clearer rules and a strong fight against corruption.

There were amendments to CADE (Brazilian Antitrust Authority) Law, which drastically reduced the time for the analysis of transactions that may influence competition. This reform has also determined that analyses must be made before transactions take place, as it already happens in most countries, offering more legal certainty to everyone involved.

The new Code of Civil Procedure in force has deeply changed the system to try to reduce the time for analysis of legal disputes, offer creditors greater protection and unify court precedents, so as to ensure greater safety in the business world. Such reform is not the only one: the reform of the arbitration law sought to settle some of its former conflicts with the procedural law, also resulting in a greater degree of legal certainty.

The quick and effective enforcement of some doctrines of the new anti-corruption legislation, a modern and practical doctrine and worldwide reference in legislation, has helped the fight against irresponsible practices and taken the Brazilian government to a new level of control, sovereignty and stability. Besides such legislation, the recently enacted law that regulates corporate governance of state-owned corporations was conceived with state-of-the-art and efficient tools, and concepts of corporate governance are already applied to prevent past facts from taking place again.

In addition to these issues, the new government has started discussions on the Brazilian pension reform, which is essential to balance government accounts. A reform of Brazilian labour laws is also under discussion, as it is extremely necessary in order to simplify the employee/employer relationship and reduce the number of labor lawsuits.

All the above demonstrates the efforts Brazil has made to follow the right path and create a new, modern and effective legislative framework, seeking to promote a sustainable and organized growth, for a healthy balance of legal relations.

On the other hand, as a result of the current economic crisis, there will probably be an increase in taxes, with a rise in tax rates or the creation of new taxes, as well as higher pressure from tax authorities for the collection of tax revenue.

Such pressure for raising tax revenue can be felt in view of the strong measures taken by administrative tax courts, particularly the Brazilian Council of Tax Appeals (CARF) after its internal regulation and structure has been rearranged.

Likewise, the use of highly-sophisticated technological resources by Brazilian tax authorities, combined with techniques for the selection of taxpayers and controversial issues, has made tax inspections much more accurate, giving rise to tax-deficiency notices and substantial fines, which has required taxpayers to continuously reassess their risks and tax procedures, by adopting strategies to avoid tax disputes.

In view of this optimistic and challenging scenario, we are convinced that FCAM has a motivated team of attorneys, with in-depth knowledge of the Brazilian legislation and legal reforms, with a wide experience in their fields, and who always seek to offer our clients creative, efficient and tailored-made solutions for each specific and concrete case, in order to add value and build successful relationships.