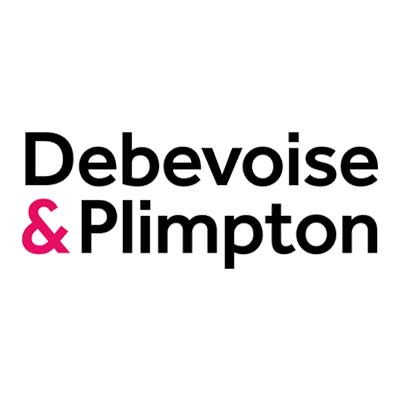 Debevoise has been active in Latin America for more than 50 years, and over the past decade has worked on hundreds of completed transactions, including some of the largest and most challenging projects across the region. Debevoise’s Latin American practice is based in New York and draws support from the firm’s European and Asian offices. The firm is a recognised leader among international law firms active in Latin America, with a large number of lawyers who spend a significant amount of time on Latin American matters. Many of them speak Spanish and/or Portuguese. The firm invests heavily in its international intern program, employing some of the best-performing lawyers in the region. In 2013, Debevoise’s work in Latin America led it to win two first prizes in The American Lawyer’s Global Legal Awards program. The firm won for Global M&A Deal of the Year, Chile, for its representation of Mitsui & Co. Ltd in its joint venture with Corporación Nacional del Cobre de Chile (Codelco), and for Global Dispute of the Year, Investment Arbitration, for its work in Occidental Petroleum v Ecuador.

AREAS OF PRACTICE
Corporate M&A: clients and representation highlights include: Mitsui, in its agreement with GDF SUEZ Energy Latin America Participações Ltda, a subsidiary of the global energy group GDF SUEZ S.A., to participate in the Jirau run-of-the river hydropower project (a project with a value estimated at approximately BRL 16 billion, as of December 2012); The Principal Financial Group, in its acquisition of AFP Cuprum S.A., a leading pension manager in Chile; and the New York Life Insurance Company, in the sale of its Mexico surety subsidiary, Fianzas Monterrey, S.A., to ACE Group for about $285m.

Private equity/fund formation: the firm’s private equity funds practice is one of the largest in the world, and the firm has consolidated its role as the go-to counsel to work on the highest-profile and largest funds raised in Brazil and the rest of Latin America in the recent past. Clients include both large global firms, such as Carlyle, which most recently raised a Peru fund, and its parallel vehicles, extending the South America investment presence Carlyle established five years ago. Other notable clients include The Capital Group, Tishman Speyer and Brookfield, as well as leading asset managers based in Latin America, such as Vinci Partners.

Capital markets: the Latin America capital markets practice at Debevoise continues to expand its presence in the region, while fostering relationships with existing clients. The firm has advised Globopar, Brazil’s largest media and communications conglomerate, on a $500m combined offering of senior notes, senior secured exchangeable notes and step-up senior notes; and Itaú Unibanco, on its international financing program, including takedowns under its MTN program, and its SEC reporting and US securities law compliance matters.

Project finance: Debevoise’s infrastructure and project finance group has extensive experience in the infrastructure sector in Latin America, including transactions taking the form of public-private partnerships (P3s or PPPs). Sectors in which the firm has acted include transportation, energy, mining and natural resources, power generation and communication.

The firm has also played a leading role in the development of privatisation and P3 structures in Latin America, having been involved in most of the P3 projects in Chile and in many others in Mexico and elsewhere in the region.

In 2013, the firm’s project finance practice saw the addition of preeminent Canadian practitioner Doug Buchanan QC, who has joined the firm’s New York office as counsel and co-head of the global infrastructure and project finance group.

International arbitration and white collar: the firm advised the Occidental Petroleum Company and the Occidental Exploration and Production Company (Occidental) in an ICSID arbitration, winning what is believed to be the largest ever BIT award, US$1.8bn (US$2.3bn including interest). The filing of the claim was made two days after Ecuador terminated all of Occidental’s exploration and production rights and seized all of its assets in the country. Global Arbitration Review (GAR) named the Occidental award ‘The Most Important Published Decision of 2012’.
Debevoise has also aided Perenco Ecuador Limited in its BIT and contract claims against the Republic of Ecuador. The firm won a groundbreaking, unanimous decision on provisional measures in favour of its client, ordering that Ecuador and Petroecuador refrain from instituting or further pursuing any action, including oil seizures, to collect disputed Law 42 amounts.

Debevoise also has one of the leading anti-corruption and anti-bribery compliance practices in Latin America, advising on the US Foreign Corrupt Practices Act (FCPA) and the UK Bribery Act (UKBA). The firm has handled several Latin American investigations for various international companies and regularly conducts FCPA due diligence for clients on deals involving Latin America. In addition, the firm also provides discrete FCPA and UKBA advice to various clients based in Latin America. With the growing focus on anti-corruption and anti-bribery compliance by governments and companies based in Latin America, or investing in the region, Debevoise is further solidifying its position as one of the top international firms acting in this area in the region. 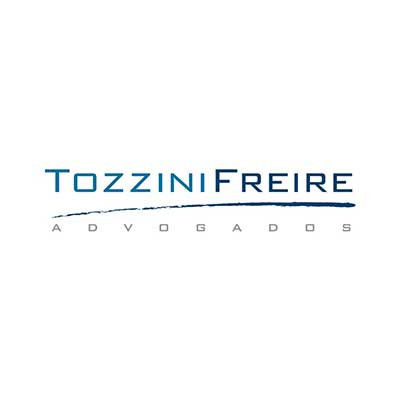 Since 1976, TozziniFreire has distinguished itself as a premier, full-service law firm by consistently providing legal services to domestic and international companies in a wide variety of business sectors.  Along these years, we have played a major role in many of the most significant transactions in the Brazilian market, becoming one of the largest and most prestigious firms in Latin America. What has driven the firm’s growth and differentiated us in the legal industry is our obsession in delivering results for our clients. Their achievements are the foundation on which our own success relies.

We see ourselves as one cohesive entity and act accordingly.  In other words, there are no regional partners and no “associated” or “correspondent” offices.  With fully-owned offices in several cities in Brazil, we are able to guarantee our clients the same outstanding services and one-firm resource throughout the country.  This concept enables us to safeguard, every day, the firm’s culture, mission and values – which are the essence of who we are and what we do.  So important is this one-firm principle that we introduced an open-plan design to all our offices.  This design greatly facilitates information exchange, creates more synergy among our teams and nurtures stronger interpersonal relationships.

To help our clients respond faster and more effectively to the increasing business opportunities between Brazil and both key existing trade partners and specific fast-growing economies, our firm pioneered the creation of foreign practice groups in Latin America, composed of professionals dedicated to these major trade and investment destinations. Starting with our Asian initiative (comprising our China, Korea and Japan practice groups) and fast developing towards other markets (German-speaking Countries, Latin America and Portuguese-speaking Countries), these unique knowledge centers are staffed with professionals familiar with the culture, legal and business practices of each region, and who are charged with keeping up-to-date with bilateral trade relations developments between Brazil and those countries.

n addition, TozziniFreire has close relationship with the most important foreign law firms and is a member of international law firm associations, which grants us the exchange of professional information around the world and access to local market knowledge and legal expertise of independent members globally.

The Legal 500 has been analysing the capabilities of law firms across the world for 28 years. In a new series, The Legal 500 is turning its attention to the in-house function, shining a spotlight on the role of corporate counsel, and in particular those individuals who are driving both legal business and the profession forwards. The latest edition is the GC Powerlist: Latin America, which identifies an array of the most influential and innovative in-house counsel working in the region.

We have canvassed opinion from our in-house readers, as well as partners at law firms across the Americas, to identify 100 in-house figures of real note. The selection criteria sought to identify counsel who are changing or forming opinions within their company or industry; have developed brilliant technical solutions to complex issues; demonstrated the subtleties of the role in difficult socio-political contexts, or created innovative structures to ensure that the in-house function adds value, but who in all cases, offer an operative model with lessons for fellow in-house practitioners.

Putting together the research, it is interesting to note the common preoccupations identified by the vast majority of corporate counsel whether relatively new to the role or ‘old hands’. Chief among these is the issue of insufficiently ‘business-oriented’ advice. The on-going disjuncture between the business problem confronted and the advice received raises fundamental questions as to how ‘fit-for-purpose’ current models of law firm organization are. In a period when Latin America law firms continue to seek the most suitable institutional form (the Mexican market is, perhaps, a particular case in point), it would certainly appear apposite to ask whether having in-house experience that goes beyond basic secondments is set to become a new benchmark for the external practitioner, a step on from the LLM or ‘foreign associate’ experience previously regarded as key differentiators of a well-prepared private practice lawyer.

We hope that this listing will stimulate debate around in-house/private practice relations and help corporate counsel with possible improvements and efficiencies in running their departments.