The 3M Perú legal team supports the wide range of legal activities of the multinational conglomerate in the Andean region, covering the manufacture and distribution of home care, abrasive, chemical,...

ABB has five different business units which fully involve the legal department in its operations and management, preventing and minimising risk throughout. The ABB Peru legal team makes it a...

The Abbott Laboratories legal team in Peru is thoroughly involved in the organisation’s aims to deliver innovative solutions in the domain of advancing global health. It has been tasked with...

The legal team for leading food and seasoning company, Ajinomoto del Perú, is structured functionally according to the competences and potentialities of every member. Manager of legal and administrative department,...

Nino Boggio leads the Peruvian legal team of Americatel Peru as the legal manager. The legal team supports Americatel’s entire remit of operations, providing legal support in the areas of...

Thanks to many impressive developments over recent decades, Peru now stands as the seventh largest economy in Latin America, with several indicators of its economic performance looking relatively and objectively favourable. For example, Peru ranks as having the 45th freest economy in the Index of Economic Freedom according to 2019 figures, scoring above the regional and world averages. Continuous growth is also forecasted for Peru this year, with predictions for the country to produce economic growth at a 4.2% expansion rate, comparing favourably with some of its larger neighbours such as Chile, Colombia, Brazil and Mexico.

With indications of strong domestic demand, particularly for private investment in new mining, hydrocarbon and infrastructure ventures, there are several more opportunities for Peruvian economic success stories in 2019. It is here and in other areas where Peru-based in-house legal teams have been instrumental in securing expansive growth in their respective industries across the country, through the smooth rollout of major projects including those regarding the nation’s infrastructure. Additionally, the recent introduction of Peru’s first national anti-corruption commission has seen Peruvian in-house legal teams become the first point of contact and a hub of knowledge for their respective businesses on these important issues.

Indeed, it is true to say that in-house legal teams operating in Peru have been key to implementing solutions and providing expertise on a range of commercial initiatives, as well as on emerging legislative developments and maintaining the highest ethical standards.

In this year’s GC Powerlist: Peru Teams we are pleased to highlight some of the continent’s leading in-house legal departments. To compile this list, we canvassed opinions from both law firm partners and in-house counsel in the region. We identified the most impressive legal departments operating in Peru who have utilised their legal knowledge strategically alongside business insight to make a positive impact towards their organisation’s success. 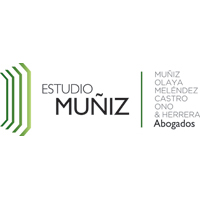 Almost exactly a year ago, we said that the legal profession in Peru faced huge challenges and that many changes still lay ahead for the legal system. We also said that the role of legal managers in local companies would turn out to be crucial for each company. And I think that we were not wrong. Our firm has prepared a document, which we successfully launched last year using the power of social media, which briefly describes the challenges that we will face in the coming months. We have called this document ‘2019 Trends: Changes and Potential Regulatory Scenarios for the Year that is Just Beginning’.

One of the most relevant topics discussed in this document deals with the eventual approval of a legal rule that will require the previous control of some transactions such as mergers, acquisitions and other transactions that result in a change of control of the business unit. The document also considers a more stringent application of the good governance rules promoted by the Superintendency of the Securities Market. The recent approval of the regulations under the law which regulate the liability of legal entities for corruption and money laundering off ences has also been considered in this document, emphasising the importance of having a prevention model in place.

Another relevant item of the future legal agenda deals with the consequences of the regulations which oblige companies to identify the ‘final beneficiary’ to prevent money laundering, tax evasion and avoidance, and conduct more audits to oversee the fulfillment of legal rules dealing with the protection of personal data by companies gathering personal data. These are some other aspects to be considered, without neglecting other regulations affecting sectors which are of utmost importance to the country, like mining, electricity, health, construction, infrastructure, and the retail industry.

As a result, we must stay alert to quickly inform our clients of the new regulations which will certainly be approved soon, and highlight all those aspects which could aff ect them. In turn, the legal managers of companies will play a key role in warning their general managers and the board of directors of any situation which may eventually occur.

Our firm, the largest in Peru’s legal market, was founded almost 40 years ago and has a unique model of business in Peru, with regional offices in the 10 most important Peruvian cities. We are always where our clients need us.

Finally, we reiterate our congratulations to everyone who was nominated in the GC Powerlist: Peru Teams, including The Legal 500 and its editors on this excellent second edition for 2019.