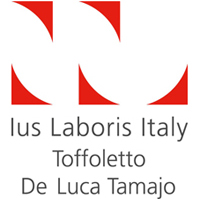 Toffoletto De Luca Tamajo is pleased to support the GC Powerlist: Italy Teams 2017. We believe that it is extremely important to consolidate our relationship with GCs, as well as exchange points of view with them, in order to improve the level of service we provide to our clients. In the current legal services market, a heightened understanding of clients’ needs has become the most important factor for maintaining a position on the market.

The period running from 2015 to 2020 is a crucial time for law firms all around the world. The legal services market is rapidly changing and law firms must be ready to completely overhaul their business models.

The pressure placed on price, which begun after 2008, has steadily increased, requiring law firms to make profound changes to their respective organisations in order to render them increasingly efficient. That said, organisational efficiency cannot be reached at a sufficient level without making considerable use of technology, which means making substantial investments that many law firms do not have the financial capacity to make. Even the biggest law firms – which may be able to afford new software and hardware – must have governance rules and an attitude to lead change; both quite rare in the legal world. It is generally difficult for lawyers to understand that they must alter the way they perform their day-to-day work, as well as be willing to change their approach to clients and organisational matters.

The economic situation in Italy is now better than it has been past years, although it remains a country divided in two, with the Northern regions now doing better than in 2007. In fact, the unemployment rate has decreased in the north (7.7% in Lombardy) and some of its small towns have a GDP per capita of almost €44,000 per year. Lombardy’s GDP is €31,360 for 2016, as against Italy’s €23,975. It’s worth remembering that Italy’s GDP amounts to US$1,850 billion and it is the eighth biggest economy in the world. Just for comparison’s sake, Russia’s GDP is US$1,283 billion.

However, Southern Italy has great potential for growth over the next few years. A new generation of entrepreneurs has arrived, and agriculture production and tourism are rapidly growing. The number of tourists in Sicily during the 2017 Easter holiday is double the figure reported for 2016. Last year, the number of tourists in Sicily grew by 46.6% compared with 2015, while in Puglia this same number grew by 6.4% during the same period. In total, Italy’s tourist numbers were approximately 56 million in 2016. Italy’s fast speed trains, which work very efficiently and connect large parts of the country, have no doubt played a part in this.

In 2016, Italian exports also grew by 1.2% and the country’s surplus stands at €78 billion. This is the best result achieved in the last 25 years, with an increase of €1.8 billion compared with the previous year. Agriculture production reached its highest numbers ever recorded: €38.4 billion, which is 4% more than the year before. Wine export was also a big success: €5.6 billion in value, with a 4% increase in 2016 with respect to 2015, making Italy the number one wine producer in the world. Car production also grew by 8.5%, when comparing the first quarter of 2017 with that of 2016.

73% of Italians own their home, as opposed to only 64.6% in the UK, 64.3% in France and 52.6% in Germany. In 2014, Italians’ financial wealth (money in the bank, shares and funds) grew to a record €3,858 billion, which is an increase of €400 billion compared with 2011. It’s possible that not many people know that Italy has a primary surplus for pre-interest payments. Italy also implemented many reforms in the last five years, including an important reform on the public pension system and new rules for employment, which have radically changed its position compared with other European countries. However, many things remain to be done: the reduction of public debt, taxes on employment, and the inefficiency of the public sector and the Courts. Nevertheless, Italy certainly finds itself in a different position compared with some years ago.

The Italian context to the role of the in-house legal team is shaped mostly by the economy of the country, which has undergone several changes and renovations in the light of the 2008 Financial Crisis. Traditionally synonymous with industry, luxury goods and a worldwide reputation of quality products, the Italian economy – and the lawyers working within it – will face challenges predicated on a combination of factors, namely public debt, recession and complications related to bureaucracy.

That said, the productive and industrial capacity of Italy should not be underestimated; key industries with a large scale presence include financial services, consumer products and energy and utilities, which combine and compliment with other industries to ensure Italy is able to boast strong investment figures in its private sector. Utilising this capacity will be crucial to the future of the Italian economy, and the scope for potential output to be raised is significant, should public spending on infrastructure and research continue whilst continuing structural reforms would also accelerate the recovery.

In The Legal 500 GC Powerlist: Italy Teams, we highlight the recent achievements of some of the most impressive legal teams in the country. These teams have brought significant value to the Italian business world with their superior technical expertise, developing creative solutions to some of the most pressing legal and compliance challenges.

Over the last several months our experienced research team has been speaking to law firm partners and in-house legal practitioners to garner nominations for those believed to provide the most outstanding support and innovative methods of working in the market. We then chose the nominees who were most worthy of inclusion through a process of background research and telephone interviews.

I would like express my gratitude to our sponsor Toffoletto De Luca Tamajo for generously supporting our publication. A special mention must also go to the general counsel and private practice lawyers that took the time to speak to us during the research process, as well as to our research team.