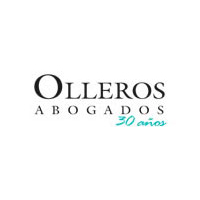 We welcome the initiative of The Legal 500 to recognise for the first time the work of Iberian general counsel. It is a timely and well-deserved recognition for the professionals that in recent years have been at the forefront of business activities in a difficult economic cycle, and in an often painful process of deep corporate restructuring.

We are very pleased to sponsor this initiative because we have closely cooperated with several corporate counsel through those challenging times and have witnessed their outstanding efforts to cope with increasingly complex regulatory frameworks and expanding responsibilities within their organisations.

The general counsel is becoming a key business partner in many corporations, an advisor to the senior management regarding matters that exceed their traditional tasks, as the GC is getting involved in issues relating to business strategy and risk management, and, not least, in ensuring the compliance of stricter economic, social and environmental obligations.

We as private practice lawyers are also adjusting our services in parallel to the changing roles of in-house lawyers. Besides mastering the progressively intricate legislation to be able to deliver accurate advice, we are investing to improve our knowledge of the economic and social landscape where our clients operate. As private practice lawyers, we have also been called upon to take a step ahead, to jump in the front seat beside the in-house lawyers in order to be more involved in day-to-day decisions.

This concurrent evolution certainly widens the scope for cooperation between in-house lawyers and law firms for the benefit of both. We can better understand and respond to our clients’ needs, and in-house lawyers can benefit from the insight that we have achieved from working with a wide choice of clients, in a variety of cases and in different industries for many years.

The three Spanish sponsors of this initiative, Arpa Abogados y Consultores, Fornesa Abogados and Olleros Abogados, are medium-sized and independent law firms with a good joint coverage of the Spanish legal market. We share certain values, among which, the involvement and plain accessibility of our partners to corporate counsel is a common target. Our firms have maintained a rapid and sustained growth in recent years, and we attribute our success to the capacity to adapt fast to the new requirements and, above all, to the co-operation and working partnerships that we maintain with corporate counsel.

To show our appreciation for the work of these professionals, we decided to join The Legal 500 in this first GC Powerlist: Iberia, and we wish to sincerely congratulate all those that have been included in
the list. 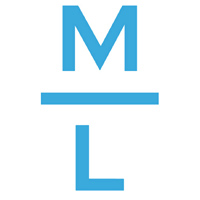 It is an opportunity for us to highlight the work of
in-house counsel, who have such an important role
in establishing the bridge between the company,
our clients, and the law firm.

Their work is rarely ranked, awarded or the target for interviews. We believe that they are the key ingredient behind the awards that MLGTS has received. The client experience drives each compliment that our law firm receives, and they are, of course, frequently the best referees of our work. Often, their work stays out of the limelight to enable the company and the law firm to work together effectively.

MLGTS could never achieve the results for which it is known without these ‘business angels’ or these important ‘message decoders’. Choosing the right strategies and building new solutions for clients depend entirely on in-house lawyers. They have the important role of being part of the client’s DNA – knowing the business, knowing the market, and understanding the framework of each single step that must be taken in company strategy.

The success of our firm depends on these anchors, on their capability of building a strong and trustworthy relationship, and on fulfilling the needs of clients. Without their role in working for our clients, it would be a less interesting challenge and not a lasting relationship.

MLGTS’ practice group coordinators prepare the best team for each project, allocating the best resources that the firm has according to clients’ interests, rather than gathering different experts from the main areas complementing other professionals from very specific areas. They respond with teams such as the German or French desks, or the Africa and Asia teams, that are equipped to respond to any matter.

For 29 years, The Legal 500 has been analysing the capabilities of law firms across the world. The GC Powerlist is the latest publication from The Legal 500, turning its attention to the in-house function, and recognising those corporate counsel who are driving the legal business forward. The latest edition is the GC Powerlist: Iberia, which identifies an array of the most influential and innovative in-house counsel working in the region.

We have canvassed opinions from law firm partners and in-house counsel across Iberia, to identify corporate counsel that have been instrumental in changing or forming opinions within their company or industry; developing brilliant technical solutions to complex issues; creating innovative structures to ensure that the in-house function is driving the business forward; or providing a business working model that other corporate counsel should follow. Our team of experienced researchers assessed the nominations, speaking both to general counsel and nominating lawyers to finalise each jurisdictional list. The GC Powerlist: Iberia features not just information on why that individual has made the list, but also comment from the law firms about how they feel individual corporate counsel have helped shape innovation in the legal industry.