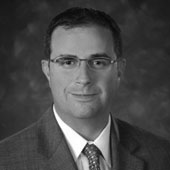 A highly flexible general counsel, who recognises and cherishes change, Adrian Estrada has been leading the efforts of the legal and investor relations team of the largest steel conglomerate in... 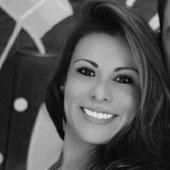 Since 1998 Adriana Servin Villada has built up expertise in company law, M&A and contract negotiations and litigation at some of the top technology firms operating in Mexico. After almost... 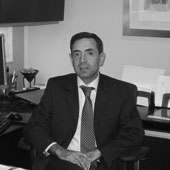 Alejandro Athie developed a deep interest in banking and securities law when studying at law school, and after going on to work at a number of law firms joined the... 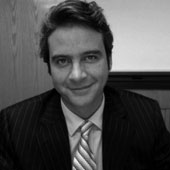 General counsel and secretary of the board | Grupo Gasoductos de Chihuahua

Alejandro Becker Ania has over 25 years’ experience in the Mexican legal industry. After a successful spell at law firm Guerra González y Asociados, he spent six years at entertainment... 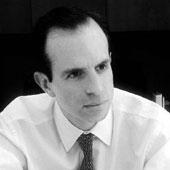 Since 2001, Alejandro Cantú Jiménez has served as general counsel for America Movil, Latin America´s largest wireless company and, in terms of equity subscribers the third largest wireless provider in...

For 29 years, The Legal 500 has been analysing the capabilities of law firms across the world. The GC Powerlist is the latest publication from The Legal 500, turning its attention to the in-house function, and recognising those corporate counsel who are driving the legal business forward. The latest edition is the GC Powerlist: Mexico, which identifies an array of the most influential and innovative in-house counsel working in those two jurisdictions.

We have canvassed opinions from law firm partners and in-house counsel across Mexico, to identify corporate counsel that have been instrumental in changing or forming opinions within their company or industry; developing brilliant technical solutions to complex issues; creating innovative structures to ensure that the in-house function is driving the business forward; or providing a business working model that other corporate counsel should follow. Our team of experienced researchers assessed the nominations, speaking both to general counsel and nominating lawyers to finalise each list. GC Powerlist: Mexico features not just information on why that individual has made the list, but also comment from those in-house lawyers about how they have helped shape innovation in the legal industry.

If you have feedback on the GC Powerlist: Mexico, or wish to nominate other in-house individuals (either in Mexico or global), please do get in touch at corporatecounsel@legal500.com. 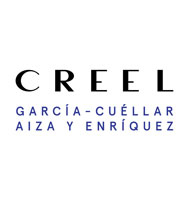 Creel, García-Cuéllar, Aiza y Enriquez is honored to sponsor The Legal 500 GC Powerlist: Mexico. Participating in a gathering of Mexico’s most important, influential and visionary general counsels, representing many and varied companies across multiple industries and sectors, is quite unique, and a great opportunity to exchange views about the challenges facing us, and prospects for the legal marketplace and Mexico at large.

We are meeting at a time when the world, and Mexico is certainly no exception, faces vast challenges and perils, but at the same time great prospects for development and a better future.

When compared to most countries, particularly emerging economies, relatively speaking Mexico presents itself as an open and stable economy with low inflation, sustained GDP growth (albeit modest), an expanding middle-class and internal consumer market, a growing manufacturing base and exports and relatively sound public sector finances. These fundamentals, coupled with the early stages of the implementation of a profound set of structural economic reforms focused on fostering competition, and reshaping key sectors such as energy and telecommunications, will in the long term assuredly transform the economy and yield prosperity. By most metrics, Mexico’s pro forma and prospects are quite encouraging.

With this backdrop, the legal community has confronted diverse challenges, and is itself undergoing a transformation towards modernization and globalization. With the advent of information and technology, the types of services demanded by consumers of legal services, and the high standard in which such services must be offered have significantly changed over the last several decades, and the trend is certain to continue in the future. The ever increasing complexity of legal frameworks governing various activities, and the sophistication of the capital markets and business transactions generally, as well as the emergence and development of new industries in Mexico, such as oil and gas, have forced the legal profession to steadfastly grow and learn new areas of the law, and changed the way lawyers and law firms relate to clients and counterparties. At Creel, García-Cuéllar, Aiza y Enriquez we find these times to be most energizing and transformational. We have been forced not only to adapt to increasing competition by local and international service providers, which we welcome, but to also look within in order to align our strategy and vision with that of our clients, and to focus on offering them a shared interest and a value and trust based relationship. Simply put, evolution.

Despite what we consider to be a positive moment in the legal marketplace, we are certain few participants in the GC Powerlist would disagree that one of the greatest challenges confronting the legal profession in Mexico has to do to with one of the most basic components of any society – the rule of law. For decades, deficient rule of law and corruption have plagued our country, severely burdening further development and shared prosperity for all in Mexico. Notwithstanding the many positive developments in Mexico’s substantive laws, as a country we continue to suffer from vast corruption and a deficient and ill-prepared justice system. On this issue, by definition no group has a greater responsibility to change the status quo and contribute to change than the legal profession.

With this in mind, we invite all of you to use this The Legal 500 GC Powerlist summit, as a venue to discuss how we can all focus and coordinate efforts in a quest towards the development of a better and more transparent and equitable justice system, and towards the eradication of corruption. By making the rule of law a shared and foremost goal of the legal profession, and a cornerstone of Mexico’s development, what is already a promising future for the country will improve exponentially.