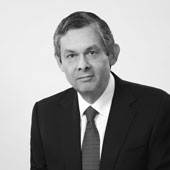 Ramiro Villarreal has amassed a wealth of experience since graduating with honours in 1968. He joined Cemex in 1987 as general counsel and in 2012 was appointed as secretary to the board of directors and is on the board of various subsidiaries. During his time at the Mexican building materials company, with international revenues of over $15bn, Villarreal has been integral to its continued performance and growth. He has been instrumental to the acquisitions that have seen Cemex grow into a truly international company, which now manufactures and distributes cement, concrete and aggregates in over 50 countries. The transactions also helped Cemex move from a family-oriented business to a public entity that is registered on both the New York and Mexican stock exchanges. Internally, Villarreal has designed the corporate and capital structure of the company, instituting a strong corporate compliance area, implementing policies concerning anti-trust, securities, anti-bribery and conflict of interest. Describing the changes to legal department during his time at Cemex, Villarreal says ‘we divided the functions of the department such as to create a specialisation in areas that require certain expertise, we incorporated new technological systems to digitally control our files, the reporting, fees paid to outside counsel and the management of the shareholders meetings’. Following the death of Lorenzo Zambrano, Cemex’s chairman and CEO, in 2014, Villarreal actively participated in the succession which maintained stability in the company.