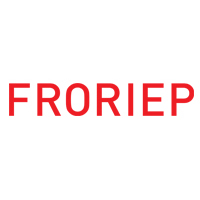 FRORIEP is delighted to be the sponsor of the inaugural Swiss GC Powerlist. On behalf of the team at FRORIEP, congratulations to each and everyone who has been included in this very first Powerlist for Switzerland!

Switzerland has always been an important hub for international corporations driving innovation not only from a business perspective, but also in legal and compliance matters. The fact that the Swiss corporate counsels who are at the heart of these processes are receiving international recognition is an honour to all legal professionals in Switzerland. Making it into the top 100 is an achievement as Switzerland houses many of the largest international firms with dedicated in-house legal teams.

Perseverance, innovation and outstanding abilities to develop strategic approaches to the questions raised are required by good corporate counsels. In our daily experience with the in-house legal teams of our clients we see the challenges they face, which go way beyond answering legal questions. They are playing an increasingly important role in risk management processes and are involved in material operational decision taking. This requires responsibility and foresight. In a time of ever changing regulatory requirements not only within Switzerland but globally, being a corporate counsel is a truly challenging job.

This also applies to being the external legal counsel to an in-house legal team. Knowledge of the law and precision in applying such laws in contracts and the like is clearly not sufficient anymore. The needs of the client and the legal team dealing with the legal issues are dictated first and fore-most by the client’s internal business requirements. In order to be able to serve these in-house legal teams it is our goal at FRORIEP to always also understand the business issues of the client which lead to the questions raised as well as the cultural aspects of the client’s in-house communication. This knowledge enables us to provide a product which matches the needs of the in-house legal team. It is important to us that this understanding for a corporate counsel’s requirements is already cultivated among the associates and we therefore actively support secondments of our associates to our clients’ legal teams.

Switzerland is facing challenges in its international relationships and there are global challenges which have repercussions on our country. All of these directly reflect on the experiences Swiss corporations are making in their international business. In such an environment cross-fertilisation among corporate counsels can provide support and help find innovative, sustainable solutions. The same goes for collaborations between corporate counsels and law firms as the latter benefit from insight into a large variety of corporations. As one of the larger law firms in Switzerland we have gained this insight in close to fifty years of working with corporate clients and are happy to exchange views and share our knowledge and best practice.

We look forward to meeting the corporate counsels who made it into the first GC Powerlist, be it on the job or otherwise!

A dramatic change to monetary policy and a systemic overhaul of financial services regulation in progress mean the Swiss legal market is experiencing upheaval not witnessed for generations.

When even that most venerable of Swiss industries, watchmaking, comes under threat, you know the country has a problem. But this proved to be the case in the early weeks of 2015: global brand Swatch saw its share price slump 15% after the Swiss National Bank (SNB) announced on 15 January that it would abandon the cap on the Swiss franc against the euro that it first introduced in September 2011. Keeping the franc at CHF1.20 to the euro had became increasingly expensive for the SNB, as it sold its own currency and bought up euros, sterling, US and Canadian dollars and yen, usually in the form of government bonds. Many were shocked by the move, which has left investors worrying that with the CHF now floating against the euro, Swiss companies will struggle to maintain export levels. Swatch chief executive Nick Hayek called the decision ‘a tsunami’ for Switzerland’s economy. Mark Haefele, chief investment officer of UBS, has estimated that the policy will cost Swiss exporters close to CHF5bn (£3.3bn), equivalent to 0.7% of Swiss economic output.

So far most of the discussion around the SNB’s move has focused on industrial exporters, tourism and retail, all of which undoubtedly will be the hardest hit. But there will also be a significant impact on the professional services sector, which constitutes at least one fifth of Switzerland’s economy. The SNB’s move will no doubt put substantial parts of the sector under financial pressure, raising questions as to what this will mean for the legal industry in a country that has arguably not experienced such turmoil in peace time. Switzerland, as with a number of other European nations, has been the subject of much hyperbole around a supposed recent M&A boom. But while there is some substance to these claims, a few headline transactions flatter to deceive.

The World Economic Forum’s Global Competitiveness Index last year, found Switzerland to be the most competitive economy in which to do business for the sixth consecutive year.

According to the report’s author, World Economic Forum executive chairman Klaus Schwab, Switzerland, with GDP growth that has consistently outpaced that of other advanced economies, is successful thanks largely to labour market efficiency and the sophistication of its business sector. In what many see as very timely, given the SNB’s recent decision, the Swiss government had in 2014 already published drafts of three new statutes with the intention of completely overhauling the existing Swiss financial market regulation.

Although the drafts are still under consultation and need to go through the full legislative process, which is expected to be completed by 2019, the new regulation on financial market infrastructures could come into force as early as 2016.

As it stands, Swiss financial market regulation is largely product- or sector-oriented. While some financial products, services and institutions – in particular in the areas of banking, insurance, funds, and securities dealing – are regulated by various disparate acts and ordinances. Other areas – including asset management, advisory services, and structured products – remain entirely, or largely, unregulated. The new regulation aims to introduce new architecture that implements the ‘same business, same rules’ principle across the financial industry. At the same time, the Swiss government wants to send out a clear message of transparency and inclusivity by aligning the new regulation more closely to international standards, in particular EU rules. Four laws will constitute the core of this new horizontal financial market regulation. These are: the existing Financial Market Supervision Act (FINMAG); the Federal Financial Services Act (FIDLEG); the Financial Market Infrastructure Act (FINFRAG); and the new Financial Institutions Act (FINIG).

The proposed drafts of FINFRAG, FINIG and FIDLEG will partially amend the existing FINMAG. Discussed key amendments are the extension of prudential supervision to all Swiss asset managers, as well as new, more relaxed rules for FINMA to transfer information cross-border for the purpose of enforcing financial market regulations.

The new FIDLEG legislation proposes to comprehensively govern the provision of financial services and the product documentation for financial instruments. It will apply across all financial services sectors, whenever they are providing services, or distributing, issuing or offering products that are within its remit.

The draft FINFRAG provides for a consolidated and comprehensive set of rules for the supervision of financial market infrastructures. It also introduces new regulations and obligations for market participants in the area of derivatives trading, substantially in line with the European Union (EU) and US regulations. Finally, the draft FINIG introduces a differentiated supervisory and regulatory regime for financial institutions that provide asset management services to third parties.

Consensus is that the new regulations will fundamentally change the legal framework for any participant in the Swiss financial market, regardless of whether it is a Swiss or a foreign entity. Current business models will need to be evaluated as to the extent they need to be adapted to comply with the new rules and, by default, this will generate a significant amount of work for the Swiss legal sector.