Africa is frequently mentioned as a key market for companies looking to expand, but there is more to the region than simply natural resources, projects and infrastructure. The Legal 500 takes a look at some of the issues facing the continent.

Algeria’s wealth derives from its deep oil and gas reserves, which make it the largest economy in North Africa. State-owned energy companies Sonatrach, which is easily the continent’s biggest company, and Sonelgaz are vital to its economy. Hydrocarbons account for over 95% of Algeria’s export revenues.

The country maintains strict controls on foreign investment, ensuring that any company is at least 51% controlled by a domestic entity. Only the energy sector is relatively open to outsiders, drawing in global oil and gas companies, but in other sectors inbound investment is limited. Expectations of changes to the 49/51 rule on foreign ownership and on exchange controls have ebbed following the re-election of incumbent President Abdelaziz Bouteflika in April 2014 with 82% of the vote.

Oil production is Angola’s key economic driver, although the construction and agriculture sectors are also booming. As the economy begins to diversify, there has been rising demand for experienced lawyers in a variety of areas including foreign direct investments, capital markets, telecoms and technology. Due to the government’s policy of insisting that 70% of a company’s employees have to be Angolan nationals, foreign corporations often enter via joint venture agreements, which generates a large share of law firms’ work. Since the implementation of the new Angolan constitution in 2010, numerous laws have been passed, such as the large taxpayers’ statute and new legislation regarding the setup and future operation of the Angola Stock Exchange in 2013.

After the turmoil of recent years the business environment in Egypt is showing signs of improvement. Increased political stability is encouraging foreign investment, much of which is coming from the Gulf states. The healthier economic climate is producing a steady pipeline of transactional work for domestic law firms. Major government-backed projects such as the extension of the Suez Canal will also have a significant impact on the country’s economic development.

Ghana is one of the fastest growing economies in Africa with an average annual growth rate of 7.2% over the past 13 years. Relatively transparent and stable governance, as well as an abundance of natural resources – including the recent discovery of oil – has made the country a target for investment. As well as local private equity firms, there is also increased appetite for investment from larger sponsors as part of their pan-African strategy. Private equity interest, the country’s energy reserves, and the government’s active encouragement of PPP projects have all served as strong incentives for foreign law firms to look with greater interest at Ghana.

Ivory Coast is an increasingly pivotal legal market in Africa. It has a comparatively well developed and sophisticated legal profession, buoyed by a range of substantial international projects and cross-border transactions. The African Development Bank recently returned its headquarters to the country’s capital Abidjan, having relocated to Tunisia during the Ivorian civil war. With a thriving commercial and financial sector, the jurisdiction is becoming a hub for the surrounding region.

Following the 2013 election of President Uhuru Kenyatta, Kenya seems to be on a clear, positive road to economic, social and political improvement as the new government enacts policies to make Kenya more attractive as a business opportunity, particularly for foreign investors. This has resulted in a number of multinationals showing serious interest in the market.

For lawyers, an increase in M&A and infrastructure projects – particularly in the energy market – has generated significant mandates. The discovery of new oil reserves off the Kenyan coast in early 2014 holds the promise of more legal work.
In the wake of Muammar Gaddafi’s downfall in 2011, two rival governments and parliaments are vying for power and control of Libya’s oil wealth, upon which the country’s economy is highly dependent – oil provides practically all of the country’s export income and over half of Libya’s GDP.

Despite the difficult environment, many international companies and investors have interests tied up in Libya and require legal advice, which is available from local law firms and a number of international firms.

A politically and economically stable country at the crossroads of Europe, Africa and the Middle East, the Kingdom of Morocco is an attractive proposition for international companies looking for a platform for their investments on the continent. The creation of Casablanca Finance City (CFC) was a significant step in positioning the country as a financial and economic hub for Francophone Africa; CFC status provides numerous advantages including favourable tax incentives aimed at attracting financial and professional services providers and multinational companies’ headquarters.

Morocco has invested heavily in renewable energy, in part to reduce its reliance on imported energy. The Ouarzazate Solar Plant is the first of five power stations to be built under the Moroccan Solar Plan. The Agadir desalination plant is another major project, which is intended to alleviate water supply issues.

Abundant natural resources give Mozambique vast economic potential to a country that has become familiar with rapid economic growth; resources include some of the largest undeveloped coal reserves in the world. Major infrastructure projects, such as the redevelopment of the 670km Sena railway line – ravaged by mines as a result of the 15-year civil war and sporadic, ongoing hostilities – from the port town of Beira to the interior are currently underway to support economic exploitation, attracting substantial investment from energy and natural resources companies.

Nigeria is one of the world’s main producers of crude oil and natural gas, with high-end potential for offshore petroleum activity. Consequently, Nigeria’s legal market is especially active in energy-related deals and it has seen an increase in mandates concerning downstream processes; the country’s energy lawyers are keen to have Nigeria’s long-awaited Petroleum Industry Bill (PIB) come into force. The PIB is intended to establish a new legal framework and effective regulatory agencies, and develop new guidelines to govern operations in the upstream and downstream sectors.However, the recent drop in global crude oil prices has led to fears for the country’s economy, as the country relies on crude oil export for 80% of its earnings. Consequently, the country has recognised the need to stimulate non-oil revenue; meanwhile, the financial services, power and telecoms sectors are growing, giving rise to a flow of regulatory and project finance instructions for law firms.

The interest from international firms illustrates the pivotal nature of South Africa as a major legal market and also as a hub for Africa, especially sub-Saharan Africa. One of the more sophisticated legal markets on the continent, companies are increasingly being drawn to South Africa as they look to capitalise on the in-house talent to push forward with their strategic plans.

Tanzania has become a new focal point for the international legal profession, thanks in part to the development of the oil and gas sector and the fast growth of the domestic economy. Mining and natural resources is a traditionally strong industry, but with the development of the consumer environment and growth in areas such as telecoms, there is a broadening scope of work for domestic and international law firms to contend with.

Three years after the ousting of President Ben Ali in 2011, the stance of foreign investors towards the Tunisian market remains cautious. However, the country appears to be on a steady road to recovery: the adoption of a new Constitution in January 2014, as well as parliamentary and presidential elections in October and November, respectively, suggested a return to political stability and an accompanying economic recovery.

These developments – notably the new constitution – are intended not only to improve the political scenario, but also to make the Tunisian market increasingly attractive to international investors. In addition to inviting foreign investment, the new government and its new regulations are also expected to stimulate the market for public-private partnerships (PPPs) in Tunisia. 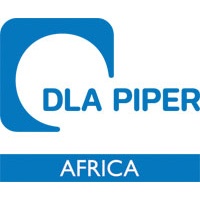 DLA Piper Africa is delighted to be the inaugural sponsor of the GC Powerlist Africa. Doing business in Africa offers unique opportunities and challenges and we are happy to be part of something that recognizes those Corporate Counsel who are driving the African legal profession forward.

We fully recognise the need to understand the cultural, economic and political nuances that exist across this vast continent. DLA Piper is one of the most active law firms on the continent. DLA Piper Africa brings together leading law firms and has created the ability to operate on a pan African basis with very strong national and regional expertise supported by the global resource and knowhow of DLA Piper’s 4,200 lawyers based in the Americas, Asia Pacific, Europe and the Middle East.

Sharing best practice and knowledge enables us to service clients on a global, international and local level with the best legal advice. Our knowledge of the key sectors Energy, Infrastructure, Banking and Finance, Private Equity, Oil and Gas, Mining and Minerals, Hospitality and Leisure, Telecommunications and Insurance is built up by our teams working globally including in the rapidly developing markets in Africa.

DLA Piper Africa is together building the leading integrated business law service in Africa. This involves not only great lawyers but also the wider infrastructure to support and develop the people and offices across the continent. Our co-ordinated programmes are designed to share and develop knowhow through technical training and sector knowledge. We have created comprehensive file management and practice management systems as well as compliance, insurance, risk strategy and coordinated HR and career development processes all based on global best practice.

We look forward to continue working with leading Counsel across Africa in the future.