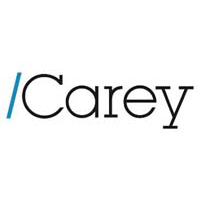 This edition of the GC Powerlist recognises the leading and most innovative general counsels of Chile. They were chosen by The Legal 500 after careful evaluation, which included many consultations with significant players in the Chilean legal community.

Carey is honoured to have been invited by The Legal 500 to be part of its first coverage of individuals that are playing a significant role in the business success of their respective companies.

In recent decades, Chile has been one of the fastest growing economies in Latin America and it presently has the first or second (depending on how it is measured) highest per capita income of the region. The liberal reforms of our economy which have sustained such growth were kick-started in the mid-80s and consistently improved thereafter. Chile has entered into free trade agreements with most, if not all, of its trading partners and has a low, uniform tariff duty applied to all imported goods. Chile is a member of the OECD and is widely recognised as one of the most open and stable economies of the world. It is also perceived, together with Costa Rica and Uruguay, to be one of the countries in Latin America where there is less corruption. Chile has a free press, an independent judiciary and a generally honest political class.

Starting in 2015, however, Chile has been facing many scandals involving illegal financing of political campaigns by the private sector. These scandals, presently under judicial and public scrutiny, are small compared to the ones that have been exposed in other countries of the region. By way of example, Odebrecht did not pay any bribes in Chile in comparison to the huge amounts it paid to gain undue advantages over its competitors in many other countries.

Recently, the laws applied to political campaign financing have been deeply changed, inter alia, to make it illegal for corporations to fund such campaigns. These changes should greatly improve the relationship between money and politics, particularly if our authorities actively enforce them (which should be expected) and also if the press and social media continue to relentlessly scrutinise the activities of our politicians and governmental officials.

Chile has also faced in the recent past several cases where price fixing schemes have been discovered and many already severely punished by our free competition authorities. As a consequence, our entrepreneurs are now taking free competition regulations very, very seriously.

Recent polls confirm that the illegal funding of political campaigns and the above mentioned exposure of collusion cases have caused Chileans to believe that they are living in a corrupt environment. We believe that this perception is wrong and will soon fade away and, as a consequence, our nationals will, once again, feel proud of Chile’s long-standing reputation of institutional honesty.

Important legislative changes made in the first half of President Bachelet’s administration have kept the legal profession very active, as they have in many ways directly affected the business of its clients. These changes include a major revamping of our tax laws, a labour reform that increased the power of unions in collective bargaining and a major educational reform which adversely affected private educators. Many believe that these reforms are partly responsible for the severe reduction of Chile’s economic growth in the last three years and this is why their design, implementation and consequences will be in the heart of the presidential election which will take place by the end of this year.

Although we might be sailing in some rather turbulent waters at present, at Carey we have a positive view of the future of Chile. We are confident that 2018 and the years to come will mean more challenging work for our specialised teams of practice in a transparent and reliable country. In this spirit, we will continue exerting our best efforts to help our clients understand and correctly apply our laws and regulations.

We wish the general counsels and their teams mentioned herein and The Legal 500 great success in their respective endeavours. 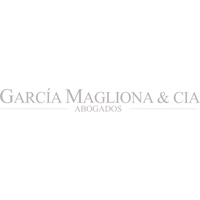 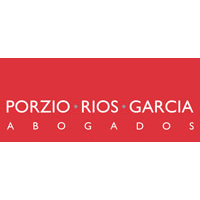 In the 1990s, Chile was Latin America’s fastest-growing economy, gained a reputation of being the region’s best managed country and embraced democracy. Impressive growth followed well into the new millennium due to the changes implemented by the country’s policymakers, helping to develop stronger institutions and new industries. However, the country has experienced an economic downturn since 2015 due to a fall in the global price of copper, Chile’s biggest export. Despite this, the country’s economic growth is predicted to strengthen in 2018 according the OECD, due to an improving external demand for domestic goods which will accelerate growth by creating more fertile conditions for investment. The 2014 re-election of President Michelle Bachelet, who was widely credited for helping guide Chile through the global economic crisis in her first spell, adds to the optimism of businesses in overcoming the current downturn.

Away from its vast copper mining operations, the country is also a strong producer of gold, silver, coal and nitrates. Mining has brought stability to the country and has in turn led to a large and thriving financial industry. Supporting this has been an increasingly strong in-house profession. In-house lawyers have become more prevalent in Chile since the turn of the century, as large companies seek to gain more tailored legal advice aligned to their ever-growing operations and aspirations. The Legal 500’s GC Powerlist: Chile features in-house lawyers from companies across a range of sectors, with renowned legal talent from some of the most important businesses and organisations recognised.

In particular, the GC Powerlist: Chile includes those in-house lawyers that have been able to successfully combine their technical legal ability with excellent business acumen to make a truly indispensable contribution to their company’s success.

Over several months our experienced researchers consulted both law firm partners and in-house counsel in order to garner nominations for those believed to provide the most outstanding support and innovative methods of working in the market. We then chose those nominees who were most worthy of inclusion through background research and telephone interviews.

I would like to express my personal thanks to our sponsors, Carey, for supporting this publication. A special mention must also be made for the general counsel that took time to speak to us throughout the process, and for the research team that worked on this GC Powerlist publication, Boris Dechev and Mudasser Ahmedi.