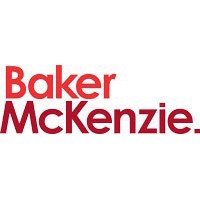 If we look back at the recent past and ahead towards the short and medium term future, it is difficult to imagine more interesting times for Colombia from a political, economic and business perspective. The country has come a long way in establishing itself as a credible, fast-growing and resilient economy, which is now producing world-class companies that are capable of competing at a regional and global level. Security is improving by the day; a large scale infrastructure program is finally coming together; and the government and the largest remaining guerrilla group signed and started implementing a historical peace agreement.

Investment should increase in the foreseeable future for a number of reasons: Colombia’s institutional framework, while not perfect, is robust and works reasonably well. The country has a modern central bank and orthodox monetary policy, a free and active opposition and an independent judiciary which ensures that democratic checks and balances actually operate. Colombia compares well to the region in terms of GDP growth and demographics. The exchange rate of the Colombian peso vis-à-vis the US dollar has made Colombian targets more affordable and locally produced goods should be competitive once again. A good number of 4G toll road and other infrastructure concessions have been awarded and actually achieved financial closing in the recent past. The deal with FARC and the “post-conflict” offer many opportunities for investment and growth, in sectors such as infrastructure, tourism and agribusiness and although lower commodities prices and compliance scandals have put some regional players in distress, these same factors have prompted a spike in deal making.

We cannot ignore, however, that Colombia is facing important challenges and the legal community, in particular, will play a key role in addressing them. Perhaps the most salient obstacle is the country’s tax regime, which is uncompetitive, and will continue to be uncompetitive, at least in the medium term. Since 2015 the government had committed to submitting a tax reform bill to congress aimed at restoring competitiveness without sacrificing revenue, by lowering rates and expanding the base. Thus, we were led to expect that a business that was properly paying its taxes would benefit from a noticeable reduction in its future tax burden.

A tax reform bill was indeed submitted and approved by congress, but the outcome could not have been more disappointing. Due to the global fall in the prices of certain commodities (upon which the government came to depend, in excess), and the political landscape (the rejection by referendum of the first version of the peace agreement with FARC) the government was unable – or unwilling – to push for structural changes to the tax regime. The result: the effective income tax rate for companies remains approximately the same, at least until the end of the current administration.

This obligates us to focus on the country’s many other strengths, some of which are highlighted above. They allow us to stay positive, even in the face of dire predictions by the prophets of doom. Thinking that Colombia has bright a future is not only good for business: it’s probably correct.

With 77 offices in 47 countries around the world, Baker McKenzie is the premier global law firm. Our Colombian member firm was established in 1937 and has been a part of Baker McKenzie since 1979. This means that as well as understanding where you come from and how you do business, we understand Colombia and can explain the laws, risks and opportunities in a way that makes sense for you.

At Baker McKenzie we believe that the best clients are those with which there is a good fit in terms of our culture, ethos and aims. This fit is what allows us to work well and succeed together. At this point in time, in the current juncture of Colombia’s history, we cannot limit ourselves to working together in the provision of legal services only. The opportunities and challenges referred to above give us the chance, and the obligation, to do something far more important that goes beyond the purely legal function. We like to believe that we are different in the way that we think, work and behave. We have an instinctively global perspective. Diversity is in our DNA. We are committed to developing our members as far and as fast as their talents and drive will take them. Ideas and innovation are expected. Pro bono and community service are at the top of our agenda.

Colombia is currently the fourth largest economy in Latin America with modern and progressive institutions that have helped the country to develop out of a historically difficult period. As a result of structural reforms designed to liberalise financial markets and achieve greater competitiveness, Colombia has experienced a significant transformation, changing from a predominantly rural economy with low population density, into a diversified economy with large urban population. The last decade of Colombia’s history, in particular, has been a period of economic boom, positioning the country as one of the most promising developing markets in the world. Helped by prudent monetary and fiscal policy, Colombia has delivered one of the most solid economic performances in the region, and displayed growth rates that outpace the region’s average.

With substantial oil reserves and significant production of coal, gold, silver, platinum and emeralds, Colombia’s energy and commodity sectors still amount to the bulk of economic activity in the country. The last two decades however have also seen significant growth in modern industries, such as information technology, electronics, automotive, shipbuilding, tourism and construction. In-house legal departments, mirroring a common trend across the region, have become increasingly prevalent among businesses in Colombia, irrespective of company size and industry.

In this year’s GC Powerlist: Colombia Teams, we highlight the recent achievements of some of the most impressive legal teams in the country. These teams have brought significant value to the Colombian business world with their superior technical expertise, and have developed creative solutions to some of the most pressing legal and compliance challenges.

Over the last several months, our experienced research team has been speaking to law firm partners and in-house legal practitioners to garner nominations for those believed to provide the most outstanding support and innovative methods of working in the market. We then chose the nominees who were most worthy of inclusion through a process of background research and telephone interviews.

I would like express my gratitude to our sponsor Baker McKenzie for generously supporting our publication. A special mention must also go to the general counsel and private practice lawyers that took the time to speak to us during the research process, as well as to our research team, Boris Dechev, Joe Boswell and Jamie Rayat.