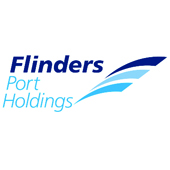 ‘Adam Cooper is a very experienced commercial general counsel and company secretary, heavily relied on by the executive at Flinders Ports Holdings, not just in respect of legal matters, but...

Adrian Quah, deputy general counsel and assistant company secretary at JB Hi-Fi, started his legal career in private practice with Clayton Utz, working his way up from an articled clerk...

Alethea Lee is a senior corporate transactional and commercial legal adviser, with extensive governance and company secretarial experience having developed an extraordinary amount of experience during her career to date.... 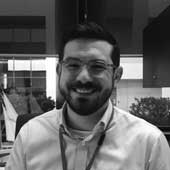 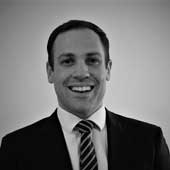 Alexander Staples started his career working in private practice, with a focus on commercial litigation at TressCox (now HWL Ebsworth) and then at Russells. According to Staples, ‘I had a...

Despite the exponential growth of The Legal 500’s in-house research in the past few years, including three consecutive titles in the GC Powerlist series that cover the Australian market, the plethora of in-house legal talent in Australia demands even further coverage. Therefore, in this new project, rather than simply highlighting corporate counsel that have been established as having reached the top of their profession, we have concentrated on those in-house lawyers who are demonstrating capabilities for these positions in the near future. …read more

The term “rising star” is loosely defined as a “person or thing that is growing quickly in importance in a particular field”. Whilst it in some ways has been more challenging putting this shortlist together than our traditional research, it provides an opportunity to recognise and highlight the outstanding work being done underneath the chief legal officer, general counsel or legal director level, as well as to identify where the market is heading and which practitioners are pushing these boundaries.

The in-house lawyers featured in this publication have different types of legal and business expertise, work across different market sectors and often deal with different challenges. The diversity of inclusions is also seen through the varying amounts of experience of lawyers on the shortlist, which ranges from senior legal counsels overseeing sub teams to those with only a handful of years of post-qualified experience. The overarching theme tying them all together however, is that they are each projected to be future leaders of the Australian in-house legal industry in some form, and have demonstrated this ability and potential to our team of researchers.

Our criteria and metrics for selection were not specific, but each shortlisted counsel had to prove that they fulfilled the profile of a rising star. In some cases this was demonstrated through rapid progression at the beginning of an in-house career or through a company’s legal department, recognition from peers and colleagues and the wider industry press, or simply having an impact that proves their ability to confront existing issues and be prepared for future ones that will define the practice of the law or the development of the role of the in-house legal counsel.

After an exhaustive research period involving conversations with our extensive network of senior in-house counsel and private practice lawyers, we have identified legal professionals who we believe have demonstrated the potential of being at the forefront of the in-house legal market in Australia in the future. These talented, upcoming in-house lawyers are projected to soon be the torchbearers at the vanguard of the market in their respective sectors and the industry as a whole, defining, leading, and practising on the most important legal discussions that will define and shape the legal and business environment in years to come.

I would like to thank our sponsor DLA Piper for supporting this publication, and a hearty congratulations to all those shortlisted and recognised as one of Australia’s rising stars in the in-house legal market. 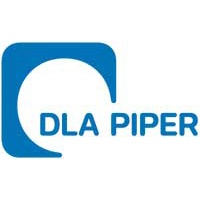