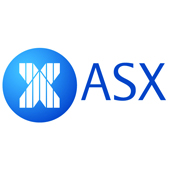 ‘One of the most important financial entities in the Australian economy, the ASX is the primary securities exchange in Australia and is one the world’s most notable, being listed amongst the largest 15 exchange groups globally. Daniel Moran has been group general counsel and company secretary of ASX since October 2017, and in his current position has oversight of the legal, company secretarial, regulatory policy and governmental relations functions within the business. First joining the exchange in 2010 as deputy general counsel, he mainly worked across ASX’s business and functional lines with a particular focus on ASX’s corporate functions, transactions, and listings and issuers. An extremely knowledgeable lawyer who is well respected within the market, Moran’s legal nous and business acumen was honed in a variety of private practice roles before joining the exchange. Prior to ASX, he worked as a corporate and transactional lawyer at Herbert Smith Freehills in Sydney and London where he acted on acquisitions and disposals, capital raisings and restructures, as well as advising on a range of corporate legal, regulatory and governance issues, informing his deep pool of knowledge and allowing him to provide accurate and timely insights to help the ASX uphold its reputation and thrive in a fast-moving environment’.