END_OF_DOCUMENT_TOKEN_TO_BE_REPLACED

Albert Wang’s extensive experience in both private practice and in-house roles allows him to bring an almost unparalleled body of knowledge to bear to his role as general counsel of 3M, an American multinational conglomerate. Leaving behind a private practice career that saw him advance to the position of chief representative of Coudert Brothers’ Shanghai …

END_OF_DOCUMENT_TOKEN_TO_BE_REPLACED

With a varied career that has seen him take on a number of interesting roles, Alex Chen has been general counsel of Sinopec International Petroleum Exploration and Production Corporation (SIPC) since June 2016. Beginning his career working for the Chinese Ministry of Commerce while still undertaking his Bachelor’s degree in Law, Chen eventually jooines Sinopec …

END_OF_DOCUMENT_TOKEN_TO_BE_REPLACED

Alice Chan’s career is notable for encompassing three branches of legal work: private practice, academia and in-house. Chan enjoyed a successful private practice career culminating in a corporate partner role at Clifford Chance, having worked in their Hong Kong, Singapore and Bangkok offices. In 2002 she decided to take up a position as a professor …

END_OF_DOCUMENT_TOKEN_TO_BE_REPLACED

French multinational energy management company Schneider Electric has had operations in China since 1987 and has invested over RMB 3bn in that period. Allen Zhou joined the company in 2009 as vice president and general counsel for the Greater China region. In the role, Zhou has recruited approximately 30 professionals into his team who he …

END_OF_DOCUMENT_TOKEN_TO_BE_REPLACED

Over the course of her career, Ally Li has spent seven years in the private practice and two decades in-house. As such, she has a wealth of experience to draw from, including in-house legal roles with Walmart and Best Buy, the latter of which she spent a total of eight years at and advanced to …

END_OF_DOCUMENT_TOKEN_TO_BE_REPLACED

Andrew Ning’s 15-year private practice career has given him the technical knowledge and experience to make him a financial services specialist. His external counsel career saw him giving advice on M&A, foreign direct investment and corporate legal work for a range of high profile clients in Asia. In addition, prior to his current role, Ning …

END_OF_DOCUMENT_TOKEN_TO_BE_REPLACED

With a ‘long and stable’ career that has seen her operate at the highest levels of both private practice and in-house advice, Angie Au-Yong is able to draw from the very well-rounded skillset that typically characterises those who have straddled both sides of the legal world. Au-Yong believes this has contributed to her success as …

END_OF_DOCUMENT_TOKEN_TO_BE_REPLACED

Ashley Howlett’s career in private practice saw him live and work in Auckland, London, Kuala Lumpur, Singapore, Hong Kong and Beijing and ascend to the very top of the profession as a partner at Jones Day. His time with the firm contained a number of impressive highlights, including establishing Jones Day’s office in Beijing in …

END_OF_DOCUMENT_TOKEN_TO_BE_REPLACED

Ben Hamilton joined the Hong Kong offices of Australian bank ANZ as head of legal in May 2012 and has since worked hard at ‘changing cultures and approaches to legal matters’ within the team. His cooperative approach, along with his method of finding ‘common-sense solutions’ in order to reach agreements, has been extremely effective when …

END_OF_DOCUMENT_TOKEN_TO_BE_REPLACED

Since joining the Chinese arm of Qualcomm, a US multinational semiconductor and telecommunications equipment company that is the world’s largest mobile chip maker, Bin Zhao has become known in the industry for the expert handling of the company’s legal and intellectual property matters. Faced with tough antitrust regulations, like other large foreign technology companies, Zhao …

END_OF_DOCUMENT_TOKEN_TO_BE_REPLACED

Bobby Ladwa began his legal career at Clifford Chance in London, spending 12 years in the firm’s capital markets practice. Through various secondments in Hong Kong, Singapore and Dubai Ladwa developed an interest in in-house work and ‘knew [he] could add value’ to a legal team. He got the chance to put his belief to …

END_OF_DOCUMENT_TOKEN_TO_BE_REPLACED

Brent Irvin is one of the best-known GCs in China, and is often featured in the industry and commercial press for his interesting and highly successful approach to legal and business roles. Irvin’s role with Tencent was secured on the back of a distinguished career as a private practice lawyer specialising in corporate and M&A …

END_OF_DOCUMENT_TOKEN_TO_BE_REPLACED 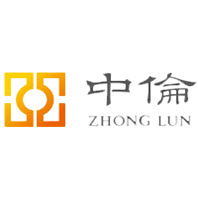 Happy New Year to you all! First of all we want to congratulate you on behalf of Zhong Lun Law Firm on your inclusion in the first ever GC Powerlist China and Hong Kong 2017, and extend to you our heartfelt new year’s greetings. As co-host of this publication, we feel honoured and deeply grateful for the opportunities we have had to work with top-notch businesses such as yours.

Facing rapidly growing complexity in legal work, general counsels across the globe have accumulated widespread recognition for their innovative approaches, management savvy and trendsetting abilities. You and your peers are not only the reliable providers of timely and seamless in-house legal services, but also the driving force in the construction of internal supervision and risk management mechanism, the business transformation, the safeguarding of the businesses and the improvement of the competitive strengths of the companies. It’s not farfetched to say that your work has given us a better business climate and your success paves the way for our success.

The competition is getting fiercer, while your dedication and spirit of enterprise makes you the forerunners in the industry, we believe that your companies take pride in your amazing achievements and that you will grasp every opportunity this era presents, shoulder even more social responsibilities and make even greater contributions to China’s legal reform.

As headline sponsor, Zhong Lun was one of the first batch of partnership law firms approved to be established by the Ministry of Justice, and one of the largest full-service law firms in China. The firm practices in 21 areas, including capital markets/securities, real estate, private equity and venture capital, corporate/foreign direct investment, mergers and acquisitions, banking and finance, dispute resolution and intellectual property. Committed to providing comprehensive and integrated legal support for our clients’ business activities, our firm, headquartered in Beijing, has offices in 15 cities around the world, with nine mainland offices (Beijing, Shanghai, Shenzhen, Guangzhou, Wuhan, Chengdu, Chongqing, Qingdao and Hangzhou) and six overseas outfits (Tokyo, Hong Kong, London, New York, Los Angeles and San Francisco).

Since 2013, Zhong Lun has won more than 300 awards with its business strength, excellent market performance and outstanding client services. For five consecutive years (2012-2016), it has been the Chinese law firm with the highest number of practice areas ranked by Chambers, including the highest number of practice areas with Band 1 rankings, and the PRC law firm with the highest number of recommended lawyers. In 2015, it was named Corporate & Finance China PRC Law Firm of the Year by Chambers. In 2016, it won The Lawyer’s Asia Law Firm of the Year award. In 2015, the firm was crowned PRC Law Firm of the Year by International Financial Law Review. For two years running (2015- 2016), Zhong Lun was named by Asian Legal Business (ALB) as one of the Top 10 Law Firms in China and it was named by ALB as China Employer of Choice in 2013-2014 and 2016. For three consecutive years (2013-2015), Zhong Lun was also ranked the Best Overall PRC Law Firm by China Business Law Journal. In September 2016 it won ten awards at the China Law & Practice Awards, including China Firm of the Year and Pro Bono Initiatives of the Year, making it one of the most decorated law firms among all participating firms. Last year, Zhong Lun was ranked first among the Top 20 Chinese Law Firms and named Legal Pioneer for Internationalisation by Phoenix Global Affairs Unit. Besides this, Zhong Lun has won more than 70 awards for various deals. Our major deals include the Shanghai Disney Resort project, JD’s acquisition of Tencent’s e-commerce business, Focus Media’s privatisation, Vanke and Blackstone’s joint venture, the establishment of China Railway Development Fund and its first phase of fundraising, Hewlett-Packard and Unisplendour’s US$2.5bn collaboration, WuXi AppTec’s privatisation, Ping An Insurance Group’s acquisition of Autohome shares from Telstra Corp, Bank of China (Hong Kong)’s Panda bond issuance, acquisition of OmniVision Technologies by a Chinese private equity consortium, the Thar II development project in Pakistan, to name a few.

We wish you all a more prosperous and fruitful 2017!

The economies of China and Hong Kong are often compared based on their differences, despite the interaction between the two. China is still dependent on high-volume manufacturing that is still one of the linchpins of globalisation, while Hong Kong remains a global financial capital. China, despite its economic liberalisation over the past two decades or so, maintains a high degree of state management in its businesses and is dominated in some sectors by large state-owned companies. Hong Kong, on the other hand, is known as a hub for international companies who need a base for their expansion into the wider Asian region.

However, these traditional views of the countries are changing, and the role of the general counsel is at the heart of the transformation. Regulation in both China and Hong Kong is rapidly evolving, and is posing new challenges for the increasing number of globally-facing companies in the region. This challenge is spurring the development of the still new corporate counsel role in China. General counsel in the GC Powerlist have been progressively expanding their influence since the introduction of the corporate lawyer role in 2003, and many spoke positively to us about their increasing impact on strategic business decisions. In Hong Kong, though already well established, the GC role is becoming increasingly focused on regulatory, compliance and risk management efforts.

Considering the developing market and shifting nature of the role, The Legal 500 GC Powerlist: China and Hong Kong seeks to highlight the individuals who are driving this change. In particular, we sought to include those who were able to successfully combine their technical legal ability with excellent business acumen to make a truly indispensable contribution to their company’s success.

Over several months our experienced researchers consulted both law firm partners and in-house counsel, who nominated corporate counsel who they believe provided the most outstanding support and innovative methods of working in the market. We then chose those nominees who were most worthy of inclusion based on the above criteria.

I would like to express my personal thanks to our sponsors for supporting this publication, Zhong Lun. A special mention must also be made for the general counsel that took time to speak to us throughout the process, and for the research team that worked on this GC Powerlist publication, Mudasser Ahmedi and Joe Boswell.