With almost a decade spent as Takamul Investment Company’s general counsel, Adrian Brown has been at the company, which is owned by the Oman government, since its incorporation in 2008...

Managing the legal matters of a healthcare company with operations across eight countries is not a small task, and one that requires the management skills of an exceptional general counsel.... 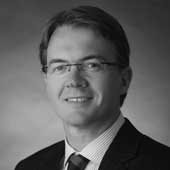 Alex Ridout has always combined corporate ability with legal attributes in his career, but did not originally envision working in the oil and gas sector, originally qualifying in a boutique...

Alexandre Fathay has amassed almost 20 years of in-house experience in senior positions. Originally from France, Fathay’s in-house journey began at France Telecom where he served as corporate counsel in...

The Executive Affairs Authority is tasked with providing up to date strategic policy advice to the chairman of the Abu Dhabi Executive Council, His Highness Sheikh Mohamed bin Zayed Al...

Throughout his career, Ali Khalaf has always sought to combine his legal ability with business acumen. Indeed, he places this business expertise (honed using expert knowledge gained via an MBA...

In 1999, Saudi Chevron Phillips Company (SCP) was the first private sector investment in the Kingdom of Saudi Arabia’s petrochemical industry. The facility is owned 50 percent by Arabian Chevron...

Ahli United Bank is the largest bank in Bahrain by total assets, being founded in the year 2000 on the back of a merger between The United Bank of Kuwait... 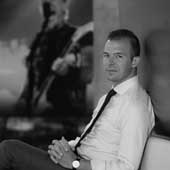 Andrew Cooke welcomes the varied nature of his role as general counsel of FLASH Entertainment, the region’s premier live events company. Indeed, he recalls being thrown in at the deep...

The Middle Eastern economy is undergoing a major and ongoing diversification project, aimed at ending the reliance on the significant hydrocarbon reserves available to the Gulf States and establishing the region as a global hub for commerce, finance and leisure. Due to this, the Middle East features a mix of established, growing and emerging companies in a range of sectors, particularly in the United Arab Emirates, Qatar and Saudi Arabia. In the established category, the region is still dominated to an extent by the major oil and gas producers, with Saudi Aramco – often stated to be the world’s most valuable company, and the subject of a highly publicised potential IPO in the very near future – perhaps the most obvious example of this. The surplus capital created by this immense natural hydrocarbon wealth has afforded many Middle Eastern states the luxury of being able to engage in huge investments both internationally and domestically. Large Middle Eastern-owned real estate projects in London and New York are examples of the former, while the huge growth of the airline industry in the Middle East is a salient example of the latter.

The growth and diversification of the economies of the Middle East has led to a corresponding expansion of the role of in-house counsel there, and the GC Powerlist: Middle East features senior legal counsel who have pushed the legal envelope, found innovative and creative ways to deal with issues and added real value to their companies in the process. The individuals contained in these pages have all successfully combined their excellent technical legal knowledge with sound business acumen and a thorough appreciation of the company goals inherent in their respective industry sectors. As such, they should be considered the premier in-house legal counsel in the Middle East.

I would like to express my personal thanks to our sponsors, Al Tamimi, for supporting this publication. A special mention must also be made to all the in-house personnel who spoke to us during the course of the research for the GC Powerlist: Middle East, and the research team who completed the project, led by senior research analyst Joe Boswell.

Over the past year, we have seen a continued trend in the modernisation of markets across the Middle East, with the aim of attracting and retaining foreign investment. The need for economic diversification continues to be at the top of the agenda for governments across the region as nations seek smarter alternatives for economic growth and viability.

Diversification remains a key success factor for many of the GCC countries. Dubai and the UAE is a strong example as it continues to benefit from a diversified economic strategy and other countries in the region are following suit.

Saudi Arabia is also making good progress with its diversification plans. The Kingdom launched its ‘Vision 2030’ plan in 2016, identifying key strategies to reduce reliance on oil as the primary driver of economic growth.

Egypt has renewed its focus on structural reforms necessary to support strong economic growth. The next phase will include a new investment law, a bankruptcy law and other reforms to reduce regulatory overhang and improve the ease of doing business.

Oman is expected to adopt a new Foreign Capital Investment law in order to encourage greater FDI in the country and support the government’s ambitious economic diversification plans.

Kuwait’s Vision 2035 is also aimed at transforming Kuwait into a financial and economic hub both in the region and globally.

In line with Qatar National Vision 2030 and the hosting of the 2022 World Cup, Qatar has taken measures to stimulate many of its vital sectors by providing financial support and issuing related regulatory legislation and incentives.

Bahrain has adopted a rather liberal approach to foreign investment, which has resulted in a marked increase in FDI. In 2016, the country secured an estimated USD 280 million in FDI flows, one of its best years to date.

The introduction of VAT across the GCC has been a hot topic for many businesses. Saudi Arabia and the UAE continue to lead the GCC VAT implementation drive, with an expectation that all GCC countries implementing the tax within the agreed timeframe of one year from 1 January 2018.

As the priorities of governments are changing, with regulation being introduced to match these, so too is the role of the GC and their teams. Traditionally seen as the medium between corporates and law firms, GCs have become key to the decision-making process and are being tasked with more responsibilities to ensure strategic objectives are achieved, both legal and commercial. This of course has come at a time when there are increased pressures on budgets with greater expectations of output.

As we look ahead, we are excited about the opportunities that diversification will create but are also acutely aware of the pressures these will bring on GCs and their teams. Our focus therefore on providing in-house legal teams with greater support and ensuring that our advice is commercially sound is more critical than ever before.

On behalf of Al Tamimi & Company, I congratulate everyone that has been acknowledged in this year’s GC Powerlist. It is a great achievement and one that highlights the importance of in-house teams in helping to shape the legal profession in the Middle East.

We look forward to continuing to be by your side in your success.