As the legal director for leading tobacco company, Philip Morris International (PMI), Adelaida Adames is in charge of all legal projects related to international law, corporate governance and negotiations. PMI’s...

Adriana Alvins spent the majority of her legal career working in Venezuela, before moving to Costa Rica in 2014 to head Kimberly-Clark’s legal department for Central America and the Caribbean....

Adviel Centeno is currently general counsel and secretary at AES Panama and AES Changuilnola, the most important electricity generators in Panama, operating six plants in different areas of the country....

The team that oversees the legal affairs for the expansion of the Panama Canal is headed by Agenor Correa, a legal professional with experience of over 19 years in the...

Expert energy in-house lawyer Alejandra Bermúdez has experience in business and energy law and high levels of knowledge in regulated sectors. She handles all legal work, social impact assessments and...

For 29 years, The Legal 500 has been analysing the capabilities of law firms across the world. The GC Powerlist is the latest publication from The Legal 500, turning its attention to the in-house function, and recognising those corporate counsel who are driving the legal business forward. The latest edition is the GC Powerlist: Central America, which identifies an array of the most influential and innovative in-house counsel working in the region.

We have canvassed opinions from law firm partners and in-house counsel across Central America, to identify corporate counsel that have been instrumental in changing or forming opinions within their company or industry; developing brilliant technical solutions to complex issues; creating innovative structures to ensure that the in-house function is driving the business forward; or providing a business working model that other corporate counsel should follow. Our team of experienced researchers assessed the nominations, speaking both to general counsel and nominating lawyers to finalise each list. The GC Powerlist: Central America features not just information on why that individual has made the list, but also comment from those in-house lawyers about how they have helped shape innovation in the legal industry.

If you have feedback on the GC Powerlist: Central America, or wish to nominate other in-house individuals (either in Central America or global), please do get in touch at corporatecounsel@legal500.com. 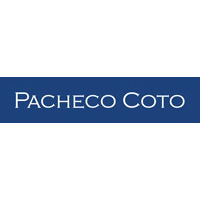 It is indeed a great honour for all of us at Pacheco Coto to contribute with The Legal 500 and sponsor the GC Powerlist series, particularly considering that this is the first time the event focuses on Central America.

Since its foundation in 1939 in San José, Costa Rica, Pacheco Coto has witnessed the evolution of the Central American countries to more stable and open economies, better integrated markets, improved conditions for business, investment and trade and a better legal landscape. However, the region still has challenges to overcome. Harmonisation of rules, modernisation of legal systems, simplification of red tape, reinforcement of institutionality and of the rule of law, are amongst those mentioned more frequently by practitioners and investors.

From a GDP of around US$2bn and a population of around 12 million inhabitants in 1960, to a GDP of US$173.6bn and a population of 41.4 million inhabitants in 20151, from an agriculture based economy to a diversified business community, driven by added value services and more sophisticated manufacturing; from close and over-protective economies, to open and friendly economies, aggressively integrated in the global markets, the Central American region has become an attractive pole for foreign investment and expansion of intra-regional trade and investment. According to the Central American Monetary Council, foreign direct investment in Central America, between 2011 and 2014 amounted to US$22.9bn.

The legal market has not been the exception; it has become more competitive, more sophisticated and yet, more demanding. The emergence of regional law firms responds to both market and client needs. It is pretty common for companies to visualise the region as a single market and not asfive individual economies. While Pacheco Coto’s first international expansion was out of Central America, to Zurich back in 1972, since 2013 our firm has had a solid presence in Costa Rica, El Salvador, Guatemala, Honduras and Nicaragua, with a team of outstanding and committed attorneys, up to par with the high standards set by multinational business. Pacheco Coto has an organisational structure that ensures the preservation of fundamental pillars of the firm’s philosophy throughout the region, such as quality, integrity, expertise,innovation, responsiveness, compromise and professional ethics.

To the expansion of economic activity and the emergence of new businesses Pacheco Coto has responded with innovation and creativity, opening practices in less traditional areas for full-service firms, but of tremendous value for our clients, such as environmental law, international trade and customs, aviation and shipping, antitrust and, in addition, we have also expanded our international asset planning and foreign investments practice groups further by setting up operations in Madrid, New Zealand and Hong Kong. These practice groups reinforce the traditionally recognised expertise of the firm in corporate and M&A, real estate and hospitality, banking and finance, administrative law and government procurement, energy and telecommunications, litigation and arbitration, intellectual property and tax.

Until a couple of decades ago, it was not common to have in-house counsel in companies conducting business in Central America. Those who held such positions were usually affiliates of US companies with a presence in the region. However, this has changed over time and in today’s reality, the role and duties of in-house counsel has become a very important part of the legal strategy, given the dynamics of the legal landscape and the demands of the global economy.

In fact, the scope of duties of in-house counsel have evolved beyond strict legal matters and often involves the assessment of business risks, corporate relations, governmental relations and requires familiarity with various areas of the law. They often play strategic roles vis-a-vis their boards, their CEOs and other senior executives. It has also become more common for companies to decide that core business legal work be handled internally, which sometimes results in companies having essentially a law firm within.

This evolution poses challenges to the role of outside counsel. It forces those of us on this side of the aisle to understand better the overall business of our corporate clients and, therefore, establish closer and stronger ties with in-house counsel. We shall become an ally and a valuable addition to our in-house colleagues and to the company, recognise our boundaries and be sensible to matters such as cost of services, different billing arrangements, availability, responsiveness, confidentiality policies, involvement in our client’s affairs, knowledge, constant interaction, good communication and team work.

At Pacheco Coto we strive to keep close and respectful relationships with our in-house counsel colleagues, and value the trust that they and their companies put on us to handle their legal matters.

I want to close by congratulating all of the marvellous professionals recognised by The Legal 500 GC Powerlist on this occasion, and commend The Legal 500 for this initiative.