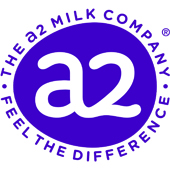 ‘Jaron McVicar joined The a2 Milk Company in November 2016 as its inaugural general counsel. Since that time he has built up a legal team of six lawyers and managed the demands on legal services that have come with the company’s rapid growth – annual revenue increasing 370% over this time.

In his roles, he supports the board of directors and legal aspects of the company’s operations in Australia, China, New Zealand, the UK and the US. His work has included significant involvement in the negotiation and ongoing management of the company’s critical supplier relationships with Synlait and Fonterra and distribution relationships particularly into China’.