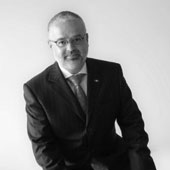 Federico Vergara originally joined Alcatel-Lucent México, a global telecommunications company in 1996 as a deputy general counsel. Since being appointed as the company’s general counsel for Mexico, Central America and the Caribbean in 1997, Vergara’s role has been extended to cover government affairs, serving as secretary of the board of directors of various companies in the Alcatel-Lucent Group. Aside from his role at Alcatel-Lucent, Vergara also held the position of chairman of board of the National Association of Telecommunications (ANATEL) between 1997 and 1999, having a substantial impact on the wider telecoms industry. In his role at Alcatel-Lucent México as general counsel, his corporate work has consisted of restructuring of company constitutions, M&A and liquidations. Vergara has also worked on contract negotiations in the region with various public and private operators, coordinating with various operators in the process. Following the acquisition of Alcatel-Lucent by Nokia in January 2016 for $17bn, Vergara is set to play a key role in the integration of the companies’ operations.