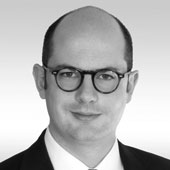 Alvaro Vertiz has demonstrated expert legal skill in corporate finance and real estate in a short space of time. His career began in 2002 at one of the largest professional services firm in the world, PwC as a corporate attorney structuring legal solutions for international companies, executing M&A transactions in the process. After three years he joined Banamex-Citibank as legal coordinator assisting the board of directors and supporting and managing bank relations with government authorities. His efforts while at Banamex-Citibank saw him have input into the passing of the unique banking regulation in Mexico. In 2006, Vertiz joined GE Capital as legal manager focused on matters relating to non-banking activities such as loans and leases. During his time at GE he studied the LL.M, becoming the company’s first Mexican employee to be permitted and sponsored to study full time abroad. Following the 2009 global financial crash, Vertiz joined to the real estate division of GE Capital and participated in huge restructurings including the closing of a $730m financing loan and $600m loan assumption. Moving to global real estate investment company Prudential Real Estate Investors in 2013, to become legal director and general counsel for Latin America, Vertiz was responsible for legal matters on real estate funds, real estate investment trusts and a real estate CKD. His work had a focus on new close-ended funds, Chilean investments, as well as support the businesses set up in Brazil. In 2015 Vertiz was promoted to the position of vice president. His proactive approach in delivering concise advice has earned him ‘huge credibility’ internally and now is a member of senior management providing opinions on both legal and business matters. The creativity and challenging mindset he has fostered in the department’s thinking process is essential, he says, for the company to close transactions despite the increasingly restrictive law and regulations.