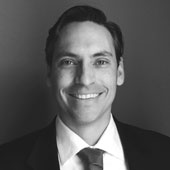 Gonzalo Ruiz San Sebastián has worked at the world’s largest beverage manufacturer, The Coca-Cola Company, for over 18 years in progressive roles of increasing responsibility. He has gained a vast international experience in various areas of the law, with knowledge of multiple jurisdictions and the ability to operate in them simultaneously. Through his work, San Sebastián can boast comprehensive business acumen and an outstanding cultural awareness, skills recognised by various industry awards. Despite being based in Atlanta, USA since 2015, as international trademark counsel for the company San Sebastián’s reputation in the Mexican legal market is still a formidable one.
Between 2004 and 2013, San Sebastián was based in Mexico, initially as Coca-Cola’s Latin America trademark counsel but after two years was promoted and spent the remainder of his time there as legal vice president, division counsel and local ethics officer within the company’s global legal function. His objective involved supporting the operations of the Mexico strategic business unit and acting as part of its leadership team. In performing the role he provided direction to establish the company footprint in Mexico beyond carbonated soft drinks. His corporate law work includes the acquisitions of Jugos del Valle, Mexico’s largest juice producer, PetStar, the world’s largest food-grade polyethylene terephthalate bottle-to-bottle recycling plant and Santa Clara, a Mexican dairy firm.