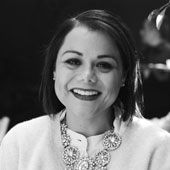 Claudia Rosso Rizo’s career has combined private practice with two in-house positions that has given her experience of the highest levels of the Mexican real estate sector. Rosso Rizo joined Garcia Barragan Abogados, S.C. (formerly Garcia Barragan y Villela Abogados, S.C.) in Mexico City on a full-time basis having trained with the firm during her degree. Then having completed two years as a senior legal manager at Deloitte & Touche México (Galaz, Yamazaki y Ruiz Urquiza, S.C.), Rosso Rizo moved to her first in-house role in September 2001, joining Reichmann International Mexico, the Mexican office of the Canadian real estate developer Paul Reichmann. Staying in the Reichmann legal team for over ten years, Rosso Rizo worked on real estate-based transactions, leading on significant joint ventures, financing and leasing transactions. These include construction financing with Scotiabank of the 55-storey Torre Mayor, a landmark building and Latin America’s tallest building at the time. The same building’s $150m refinancing in 2005 was one of the first cross-border securitised financings in Mexico. In February 2012, Rosso Rizo joined Abilia, the real estate division of Tresalia Capital, a private equity and venture capital firm, to serve as general counsel. She joined as part of its transition into a full service Mexican real estate development company engaged in significant projects, and contracting with international investors, consultants and tenants. She says ‘in less than four years, the company has made tremendous progress in this transition and, as part of the senior management team and as the lead person responsible for transaction implementation, I am pleased to have been part of this significant change to the strategic direction of the company’. Despite these successes, Rosso Rizo notes her first year at Abilia as one of her most challenging. She was tasked with reconfiguring and consolidating the legal team to suit the company’s transition and reorganise the company’s relationships with service providers such as trustees, law firms and banks. ‘With the support of my colleagues on the senior management team, and my support of them, we were able to lead the company through this challenging period and create an expert and highly focused team in all areas of the company’s business’, she says.