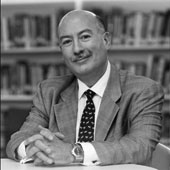 Héctor Serrano has over 30 years of in-house experience of working for Mexico’s largest multinational corporations. As Latin America and Caribbean general counsel for global information technology company Unisys, between 1992 and 2000, he was responsible for directing the legal function in the region and contributed to finalising multimillion-dollar outsourcing, telecommunications and systems integration agreements. Serrano then moved to Baxter International Inc., a producer of medical and hospital devices, to act as general counsel and government affairs director for Mexico. At Baxter, Serrano developed and implemented legal strategies for its healthcare business such as international public tenders, bundled services and domestic and international lobbying. Between 2004 and 2007 he performed similar duties this time for 3M as general counsel covering the multinational conglomerate’s operations in Mexico and Central America. Since taking up his current role as deputy general counsel of Innophos, a leading North American producer of specialty phosphate products, Serrano has been recognised for being a ‘highly committed individual’ and having ‘the ability to understand specific commercial needs’, with one source noting that he ‘consistently delivers support, providing useful guidance, enabling solutions and aiding on the conclusion of contracts for major commercial negotiations with customers’. In his current role, Serrano develops and implements legal strategies for all business units, reporting directly to the company’s global senior vice-president.