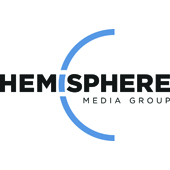 Alex J. Tolston is general counsel of Hemisphere Media Group, a leading publicly traded Spanish-language media company that operates television networks in the US and Latin America. One nominator says the following: ‘I consistently interact with general counsel of large corporations and Tolston – by far – is at the top of the list in terms of [those] who understand their board of directors and management team, their company’s investors and business, and the applicable law’. Indeed, Tolston was among the most highly nominated counsel to feature in this list, with law firm partners from both the US and a number of Latin American jurisdictions expressing their admiration for his ‘vast experience in M&A’, his ‘experience overseeing and coordinating operation in many jurisdictions’ and his ‘understanding the local regulations and the local environment’. Described as a ‘dynamic, results oriented and business minded general counsel who can balance numerous transactions with the other needs of his company at once’ and ‘a very fine lawyer with a deep knowledge not only of his field of expertise but also of corporate and contractual law, arbitration and much else.’ Hemisphere owns five Spanish-language cable television networks distributed in the US, two Spanish-language cable television networks distributed in Latin America, the number-one-rated broadcast television network in Puerto Rico, as well as several broadcast and digital joint ventures with leading media partners. Tolston has led a number of teams that have significantly expanded Hemisphere’s operations. For example, he was pivotal in helping to obtain a ruling from the Federal Communications Commission (FCC) authorising Hemisphere to increase its foreign ownership to 49.99%, which exceeds the 25% cap otherwise applicable to owners of TV broadcast stations in the US. The FCC has taken steps in recent years to modernise its rules concerning foreign ownership of media platforms, though the application of these new rules to broadcast media has been slow to gain traction. Led by Tolston, Hemisphere sought a declaratory ruling from the FCC. For a US-based broadcaster with commercial interests in Latin America, this represents a significant development. Tolston’s work has impressed those he works with, and his ‘ability to manage complex issues with the proper balance’ struck a number of nominators. One law firm partner describes his interaction with Tolston during a particularly complex transaction that saw Hemisphere in negotiations with a number of the largest players in the media market, and ‘some of the most sophisticated outside counsel around’. Before moving in-house, Tolston practiced in the corporate department at Paul, Weiss, Rifkind, Wharton & Garrison in New York. He acted as outside counsel on Hemisphere’s 2013 initial public offering and joined as its general counsel shortly after.