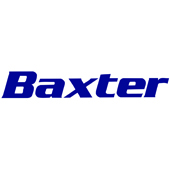 As the senior vice president and general counsel of Baxter, one of the world’s largest medical technology companies that operates in over 100 countries with annual revenues in excess of $10bn, Sean Martin occupies a distinguished position in the in-house legal market. Responsible for legal and government affairs as well as compliance since he joined the company in February 2017, Martin has impressed peers with his contribution on a range of matters. He highlights some of his achievements so far at Baxter: ‘We purchased a generic pharmaceutical business for approximately $650m then recovered through negotiation a $73m purchase price reduction following a government inspection. We obtained a voluntary dismissal of a False Claims Act qui tam case and closed a federal civil investigative demand with no action, we won a motion to dismiss in a civil antitrust class action suit, which alleged, without merit, a non-existent collusion conspiracy with another competitor in one of our major markets’. He has also restructured the legal department to align with Baxter’s global commercial and business restructuring, restructured the government affairs operations to create greater alignment with market access processes internationally whilst also piloting reverse auction assignments of litigation matters to bring competitive market forces into outside legal billing. Martin highlights how his previous experiences have allowed him to excel at Baxter: ‘My previous opportunities and fascinating experiences at three leading companies in highly regulated environments over 17 years, my nine years working in government as a trial lawyer, prosecutor, and judicial clerk, and my illuminating several years in private practice defending regulated companies and individuals, all collectively prepared me to be ready to serve as a senior executive at Baxter, one of the world’s largest, oldest, and most respected health care companies’.