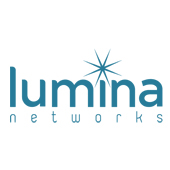 Robert Scott Weber, vice president and general counsel at Lumina Networks, started his career as a litigator in private practice and made the move in-house over 20 years ago. He has made a name for himself as a high quality counsel in all areas of corporate law, and within the telecommunications industry. Weber has been responsible for numerous functions within legal departments, encompassing everything from supply chain management to sales to legal operations. He spent 15 years in Asia acting as Juniper Networks’ regional general counsel, a position that enabled him to work with individuals from very different cultures and manage teams in numerous geographic regions. He highlights that, ‘ultimately, this work, along with my experience [regarding] compliance and legal operations, enabled me to take on my current role, that being the general counsel of Lumina Networks, a recent start up company and spin out of Brocade Communications that was recently named by Forbes magazine as a company to watch.’ With secured funding from AT&T and Verizon the company has taken off, enabled by Weber’s oversight and leadership on legal matters. At Lumina he had to create the legal department while dealing with a rather limited budget. This required him to innovate with interns, alternative legal providers and automation. He identifies that ‘these efforts have enabled the efficient, and I believe very effective, provision of legal services’. Weber has been heavily involved with legal operations over the last three years and led the Corporate Legal Operations Consortium (CLOC)’s RFP initiative, an effort that resulted in the creation of various RFPs that companies can use to efficiently source legal services from firms and other providers. Weber highlights that, ‘given this work as well as my close connections with various individuals employed by CLOC, I think legal operations is one of the most important, and quickly changing, areas of in house practice and believe all general counsel should prioritise same’.