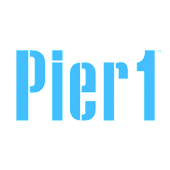 Robert Bostrom has been at the forefront of the New York City legal scene for many years, having practiced in the finance sector both privately and in-house during the boom years of the 1980s through to the early 2000s. He has experienced some of the major events of NYC’s business history first-hand, including being executive vice president, general counsel and corporate secretary of Freddie Mac when the devastating effects of the 2008 financial hit the firm. He mentions this as the most significant chapter of his career. ‘At Freddie Mac, I was sat across table with Ben Bernanke and Henry Paulson as part of the conversation that would lead to the conservatorship of the company under the US Government. This and its aftermath was – by far and away – the single most important career highlight of mine’, he says. He joined Abercrombie & Fitch (A&F) in 2014, after practicing at the then SNR Dentons and Greenberg Taurig, as co-head of global financial institutions and co-chair of financial regulatory and compliance respectively. Bostrom had an immediate impact on the global fashion brand: ‘Before I got there, the department was fairly limited to the legal affairs of company, but while I’ve been here that has been broadened to include a leadership role in enterprise risk management, process improvements and compliance and ethics’. Seeing himself as a strategic general counsel with a broader role than many of his contemporaries, he has had to take the initiative in dealing with the larger array of external factors that correspond to this. Alongside ‘considerable regulatory changes’ that he has had to consider as part of his role with the board of directors, Bostrom has also had to deal with ‘some less holistic matters – cyber security for instance has become a critical issue for companies’. His success as a general counsel at the very upper echelon of his profession has allowed Bostrom to reflect on what tactics aspiring general counsel should take to maximise the success they can help their companies achieve: ‘Always remember who your client is; this is not the CEO or senior management, but the company that answers to the shareholders, so you must give advice to the company as a whole as well as the CEO. Secondly, you must always do the right thing – not just legally the right thing but the morally correct one. The role of general counsel as head of ethics and consciousness of a corporation means you must take on the role to create a culture of trust in the business’. After the research deadline of this publication passed, Bostrom undertook the position of executive vice president, chief legal and compliance officer and corporate secretary of Pier 1, an omni channel retailer of unique home decor and accessories in the US and Canada.