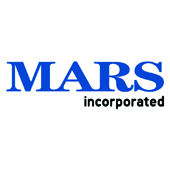 Since joining the Mars legal leadership team in 2005, Peter M. Seka, general counsel, corporate development has built a proven track record of success on many of Mars’ most complex and critical issues, enabling Mars senior leadership to deliver growth. He possesses sophisticated legal expertise across a wide range of areas and has the ability to lead large multidisciplinary teams through complex issues and is able to bridge the gap between the private and public sectors. He highlights that the top highlights of his in-house career have been ‘providing the Mars legal lead on three of the most fundamental changes we have made at Mars: the acquisition of VCA in 2016, the current planned disposition of Mars Drinks (a Mars heritage category), and the partnership with Kind in 2018. They have melded me as a legal professional by helping to forge deep relationships and with our board and senior leadership and in seeking to shape and influence key legal strategies at Mars’. Seka also helped secure the acquisition of pet health care services provider VCA on behalf of Mars, by obtaining US antitrust clearance on favorable terms. He led comprehensive negotiations with the Federal Trade Commission (FTC) in over 300 markets and agreed to limited divestitures (12 hospitals out of over 1,900). The divestitures were particularly delicate and complex, involving simultaneous negotiations with the FTC, VCA, BluePearl, leading doctors at the divested hospitals, and three separate buyers. Indeed, Seka has led on all the legal work for all of Mars acquisitions globally since 2014. He has partnered closely with the global leadership to evaluate, negotiate, and execute transactions with senior management, founders, and advisors for counter parties. He has also served as the legal lead for major Mars financings and other capital transactions, supervised and led large high-performing teams made up of members of the Mars legal department, Mars Segments, and other Mars functions, together with leading law firms, accounting firms, and investment banks around the globe.