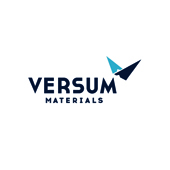 Michael W. Valente is the senior vice president, law and human resources, general counsel and secretary for Versum Materials, overseeing the company’s law, human resources, intellectual property, corporate secretary, communications and government relations functions. He is responsible for a team of nine global lawyers and a global human resources team of 26, leading and managing three divisional patent attorneys. Versum Materials was formed as a result of Air Products & Chemicals spinning off its electronic materials division, and Valente served as general counsel of the materials technologies business of Air Products since June 2015. On his work on the spin-off, Valente says: ‘It required everyone to take the initiative so we changed culture of division to create a sense of accountability and responsibility that they can really elevate their performance and energy’. During the spin-off, Valente was appointed to lead the communications department for the spin-off company. Amongst his accomplishments at Versum Materials, he entered into an agreement to sell the performance materials business of materials technology division to Evonik Industries, also working on completing the $1.2bn financing including senior secured facility, revolving credit facility and senior notes. Valente also notably completed the successful spin-off of Versum Materials in October 2016. Prior to this role, he served as vice president and general counsel at Rockwood Holdings, a global speciality chemical and advanced materials company and former KKR portfolio company with up to $3.8bn in revenue. His highly skilled background was required for taking Rockwood public in 2005, a lengthy process for KKR, and later was responsible for the sale of Rockwood, managing global legal department personnel to supervise legal matters and negotiations of the commercial, strategic and legal direction of this project. He also took part in more than 25 acquisitions, six divestures and several joint ventures since joining Rockwood Holding in 2002. Within his in-house roles he explains that he has implemented an attitude of cultural change in the legal department: ‘General counsel often refer to the business as clients, I’ve tried to change that view because it sounds like you’re detached from the client. The team should recognise it can impact the company so should be business partners as opposed to clients because we have vested interest in the success of the company’ says Valente.