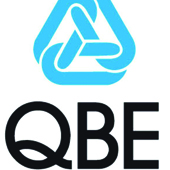 Jose Ramon Gonzalez, chief legal officer for QBE North America, began his legal career in 1995 at the New York office of Weil, Gotshal and Manges (WGM), after completing his law studies at Columbia University in New York and completing a graduate program in EU Law at the Universidad Complutense de Madrid. After a stint working in corporate M&A in the firm’s London office he transitioned to in-house practice in 1999 with the M&A legal team at American International Group (AIG), the global financial services company. There he spent 12 years at AIG in a variety of roles, initially supporting the company’s acquisition efforts in Asia, Latin America and Europe developing his skills and experience. In 2005, he was asked to take on a more senior role overseeing the legal function for a variety of business units. He highlights that, ‘during this time, I had the opportunity to really learn the “nuts and bolts” of the business and to manage an internal legal team. In retrospect, my years at AIG provided the building blocks and a rigorous training ground for my next role as group general counsel of Torus, a Bermuda-based privately held insurance company start-up’. As group general counsel, he had oversight for legal, compliance, and internal audit based in London, but which also included operations in the US, continental Europe, Brazil and India. From there he assumed his current position as chief legal officer of QBE North America in 2014. QBE North America is a division of QBE Insurance Group, one of the world’s top 20 general insurance and reinsurance companies, with operations in all the key insurance markets. QBE is listed on the Australian Securities Exchange and is headquartered in Sydney. QBE employs more than 14,500 people in 37 countries and he oversees the legal, regulatory and compliance functions for our US operations. Gonzalez joined QBE North America as part of a senior management “refresh” by the then new CEO, David Duclos. He started at QBE in the early days of the business transformation, and has lived through an incredible amount of change. He highlights how, ‘first, I needed to quickly assess the strengths and weakness of the existing team and design an operating model that was tailored to the evolving needs of the current business. At the same time, the organisation was experiencing an extensive cost reduction exercise which required a team reduction of approximately 40%. The challenge was to execute both, simultaneously and successfully’. Since then the company has gone from strength to strength and has met the challenges faced by the economic downturn in the insurance industry, the challenge of fintech landscape and has led the way in attracting these markets.