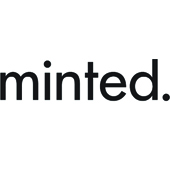 After making partner at Kirkland, Jordan Zamir was recruited to join Jones Day’s Palo Alto office to help grow their technology corporate practice. In addition to M&A he also spent time working with start-ups, and Minted was one of his start-up clients. In early 2015 they decided to hire a general counsel and after discussing the opportunity he determined that it was ‘too good to pass up’ so he joined in May 2015. Even though he has been there just over two years, Zamir admits it feels like he’s been there a lot longer given his prior history with Minted. As the first in-house lawyer at Minted, he has created the department from the ground up and has been given a lot of latitude to shape the function, speaking on his approach to this task, Zamir says: ‘I wanted to make sure that I spent my first few months here doing a lot of listening, in addition to focusing on the most pressing legal needs of the organisation, instead of forcing everyone to immediately adopt what could be seen as onerous legal processes. What I discovered was the organisation had a number of savvy professionals who already were familiar with and understood legal risk and they have been tremendously cooperative and have helped me leverage our limited legal resources’. Taking on this role within the senior management team at Minted has been a highlight for Zamir, as it has given him the opportunity to help guide the business and deeply understand how it operates and most importantly how the legal function can support and initiate business growth. Amongst his other notable highlights he mentions leading the acquisition of an ecommerce business Guildery, where he acted as both business and legal lead; ‘after having worked on over 100 M&A deals in my career it was really great to gain the corporate development perspective as a business lead’. Zamir has also been central to cultivating Minted’s registered IP portfolio, working closely with the engineers and other innovators at Minted.