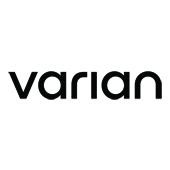 John W. Kuo joined US radiation oncology treatments and software maker company Varian Medical Systems in 2003, initially as associate general counsel focusing in the areas of securities, corporate governance and M&A. Eventually he worked his way up the ranks to assume his current position as senior vice president, general counsel and corporate secretary. His area of responsibility covers the company’s legal, trade compliance, environmental affairs and government affairs function, also serving as the secretary to the company’s board of directors. As part of his role, Kuo assisted in setting up subsidiaries around the world as part of the expansion and growth of the company. Prior to joining Varian he took on two expat roles in Aberdeen and Singapore, a professional journey which taught Kuo: ‘how to take risks’. Kuo adds, ‘I found it exhilarating to be the first lawyer for a company in a new territory – this taught me how to be a good lawyer and a good business partner’. These aforementioned roles entailed serving as the regional counsel for Baroid Corporation in Aberdeen, overseeing Middle East and Africa operations. In Singapore, Kuo served as the Asia Pacific legal director for digital electronics manufacture, 3Com, where he was based in the US for one year and Singapore for two years. Reflecting on this experience he says: ‘I quickly had to become integrated and be seen as a business partner to them. This brought business credibility and showed legal could provide business solutions’ says Kuo. He has held other legal positions at several companies including Broadvision and Acer America and previously with the law firms DLA Piper and Fulbright & Jaworski.