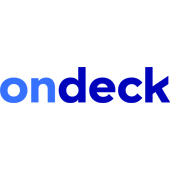 Cory R. Kampfer joined OnDeck as general counsel in 2011 and was promoted to chief legal officer in 2015, having previous experience as a corporate associate at Paul Weiss in M&A. In 2016, he relocated from the New York City office to lead OnDeck’s office in Arlington, Virginia. In 2017, he took over as interim head of operations in addition to chief legal counsel. In 2018, Kampfer was named the head of operations in addition to chief legal counsel and centralised all operations to Denver and assumed the role as office lead to the Denver office. In addition to his roles at OnDeck, he also serves as the president of the board of directors of an industry trade association, the Innovative Lending Platform Association. Kampfer was critical in leading OnDeck’s IPO in 2014 on the New York Stock Exchange as one of the first publicly traded fintech companies, involving several novel legal issues because few fintech companies had gone public at that point in time, and the SEC and market were still getting up the learning curve. He has also led OnDeck’s international expansion and built up an entire legal team from scratch. Kampfer led on legal aspects of a transaction with J. P. Morgan whereby OnDeck serves as the platform to serve many of their small business customers. As Kampfer explains, ‘when I joined OnDeck in 2011, it only had only one in-house lawyer, so in that respect I’ve built an entire team to operate as a publicly traded company on an international scale. The legal team is a key business partner helping OnDeck expand and serve our small business customers’.