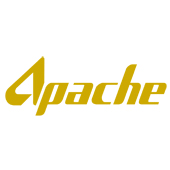 Anthony Lannie assumed his current position as general counsel of Apache in 2003, having served as president of Kinder Morgan Power Company and president of Shell Oil Company’s subsidiary Coral Energy Canada, in previous roles. Lannie began his career in the oil sector as general counsel of Baroid, currently part of Halliburton, when he moved to Houston, Texas in 1991. After he assisted on the sale of Baroid in 1994, he became general counsel of Tejas Gas and its marketing joint venture with Shell Oil Company, and Coral Energy, until they were sold to Royal Dutch Shell in 1998. Over the last ten years at Apache, he has assisted on the purchase and selling more than $35bn worth of companies and assets, completely remaking the company. ‘Negotiating those transactions has given me a broad experience of what is possible, with a variety of counterparties ranging from Sinopec and Argentina to ExxonMobil, BP, Shell and Chevron to small independent oil and gas operators to private equity firms and sovereign wealth funds’ explains Lannie. Another one of his career feats is the legal department he has developed. Upon joining Apache in 2003, he began recruiting legal talent from the best law firms in Houston and has since built a diverse and skilled legal department that ‘can successfully compete with any firm in the oil patch when it comes to capabilities, intelligence and work ethic’. Lannie adds, ‘the results have been not only superlative legal results for the company, but a pool of talent that has been recruited by other departments. For example, the heads of both HR and compliance at Apache were recruited from the legal department’. His exceptional leadership qualities have led the legal department to be recognised by various award bodies, praised for their work on resolving an impressive 134 claims and lawsuits: through litigation, Apache collected almost $40m, saving the business millions. Lannie’s success as a legal manager is further evidenced by the very fact that lawyers recruited and trained by him have gone on to become general counsels at three other companies in Houston.