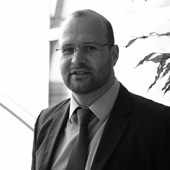 Gregor Pannike sees general counsel operating in the Middle East as among the elite worldwide, given the unique challenges posed by operating within the region: ‘I believe in-house lawyers and general counsel in particular in a highly volatile region like the Middle East require an increased or better understanding in anticipating and interpreting diverse risk factors – such as geopolitical risk, economic risk, jurisdictional risk and regulatory risk – and manage this through a quickly changing regulatory framework in fast-developing markets’. He is well-placed to make such an assessment, having been headhunted to lead the embryonic legal function of prominent UAE family conglomerate Easa Saleh Al Gurg (ESAG) Group in 2012 and having been extremely successful in this role ever since; he now manages a team of nine lawyers and is responsible for 30 companies. On the establishment of this team, Pannike recalls that ‘designing, establishing and shaping a legal team of nine lawyers from scratch – customised according to ESAG Group’s needs – was not only a challenge in attracting and retaining the right human resources but also in advocating internally for the need and the right structure towards major stakeholders and the shareholders’. He has also been a part of the establishment of a number of major joint ventures on behalf of the company, including with such companies as Siemens P&G, Siemens Healthcare, Siemens Mobility, Unilever, AkzoNobel, Fosroc and Smollan. Alongside these, Pannike mentions ‘advising on and structuring of a major investment in a pharmaceutical start-up in the US’ and ‘the negotiating and implementing of a major strategic partnership relationship between ESAG Group and Petronas’
as well as the acquisition of the Sumitomo tyre business “Falken” as among the foremost highlights of his time with the company.