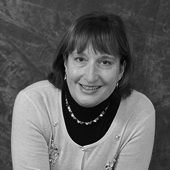 Beginning her career in-house with Christian Dior, Christine Maury-Panis’ first in-house legal role consisted of supporting the high fashion brand on trademarks and compliance with competition law, at a time when selective distribution practises were being challenged. Moving to a different sector entirely with electronics manufacturer Thomson in 1986, Maury-Panis then focused on the legal initiatives for PayTV, an entirely new concept at the time. In this role Maury-Panis is highly reputed for legal assistance during the creation of a new licensing entity formed through the merger of Thomson’s technology with NDS, an affiliate of the Murdoch Group, to create VideoCrypt, the first analogue encryption technology which was used by BSkyB. Promoted to deputy general counsel at Thomson Multimedia, she worked on the company’s patent portfolio requiring her to agree licensing agreements in the Far East. In 1996 she joined French cable television Canal+ to negotiate its first supply of digital packets. Tasked with protecting its patents and licensing external sales of its technology, Maury-Panis was the first general counsel of the company’s subsidiary, Canal+ Technologies. Drawing on experiences at Thomson and Canal+ she now manages technological complexities for Viaccess-Orca, solutions and services provider for mobile digital rights management and pay television. Communicating legal in a vocabulary that her engineering colleagues understand, Maury-Panis created the legal and intellectual property department, developing a monetisation strategy for the latter. Reporting to the CEO, she calculates the value they add in lawsuit prevention with a lack of lawsuits being filed against the company since her arrival. Despite these successes, she is perhaps best known for her work on security matters and fighting piracy in the industry by raising awareness; Maury-Panis acts as the vice chair of Audiovisual Anti-Piracy Alliance (AAPA). Due to her sterling work, she has achieved successful collaboration with competitors in maintaining dialogue with EU institutions to promote effective legislation. Her direct involvement with Interpol on audio-visual piracy, has changed the status quo of how technology companies manage security issues in the EU and has ensured that Viaccess-Orca is recognised for its lobbying. Maury-Panis also acts as an expert for the Office for Harmonisation of Internal Markets (OHIM). Growing in experience and responsibility, Maury-Panis was given responsibility for security, managing an additional team located in France and Israel, in early 2016.