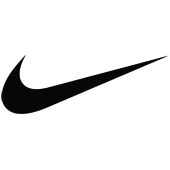 In June 2012, Pablo Windhausen started working as legal manager and in 2013 was promoted to legal director Southern Cone for global sportswear brand Nike. Despite doing business in the region for over 20 years, Nike had no legal department in the region at the time. Since then, as the first in-house counsel of Nike in the Southern Cone, Windhausen has played a pivotal role in shaping the legal department and has successfully created a team of three lawyers and two interns, dealing with all legal matters in different areas of the business as well as advocating various compliance programmes. In the words of one nominator, ‘Pablo Windhausen has developed an impressive capacity to reconcile the high standards of the company with local and regional legal challenges in several areas such as customs, exchange controls, tax and contractual matters’. When talking about his position as head of the legal department, Windhausen states: ‘I always work very closely with the business and learn about the industry and the business itself, it is the only way an in-house counsel can deliver premium service and add value to the business’. Prior to joining Nike, he worked for McDonald’s for over 17 years, where he started from the operations team and later worked in the legal department, eventually becoming a legal manager. Windhausen graduated from the University of Buenos Aires with both undergraduate and postgraduate degrees in business law, and he is also a member of Buenos Aires City Bar Association.