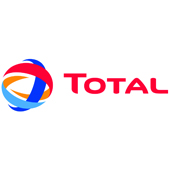 Pablo Sbarra joined Total Austral in 2006 and has impressed peers ever since, heading the company’s legal team for gas marketing for the Southern Cone. Has also managed complex litigation, arbitrations and transactions on behalf of the company.

Sbarra enjoyed an extremely impressive private practice career prior to joining Total, including spells at Cleary Gottlieb Steen & Hamilton in New York and Estudio Alegria, Buey Fernández, Fissore & Montemerlo in Buenos Aires. He was involved in a large number of complex international financial and business transactions, and represented major Argentine and international companies throughout this time.

At Total, his major projects have included the negotiation of joint operating agreements and the establishment of updated regulatory and contractual frameworks for the company’s energy projects in the region.