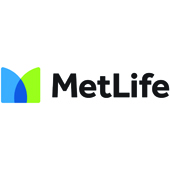 Nicolás Ramos Mejía is the assistant counsel manager for Argentina and Uruguay at MetLife, one of the largest life insurance companies in the world, serving approximately 100 million customers. After working for several law firms on litigation and commercial matters, Ramos began his career as an in-house counsel when he joined the Argentine branch of Zurich Insurance Group in 2009, focusing on corporate governance, insurance and reinsurance matters. In 2015 he joined Meridional, the local operation of insurer AIG, where he specialised in transactional practice, participating in divestitures and M&A deals in Argentina and Uruguay. He highlights his contribution in the sales transaction of Meridional by AIG to Fairfax Financial Holdings in late 2017, regarding the deal as the most important transaction that he has been involved in during the last few years. Since 2018, Ramos has been working for MetLife, coordinating corporate matters and projects across the company’s operations in Argentina and Uruguay. Recently promoted to assistant counsel manager, he is taking the opportunity to further develop his management skills. Commenting on his current role, Ramos explains: ‘From a business perspective, I always think in a creative manner in order to enable the operation to achieve their goals, while managing the associated legal risks’.