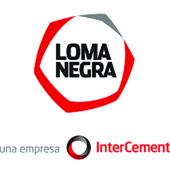 Loma Negra is a leading company in the production and commercialisation of cement and is one of the most widely recognised companies in Argentina with over 90 years of existence. Having joined Loma Negra in 2011, Lucrecia Loureiro has a deep understanding of the business and currently serves as the legal affairs manager and compliance officer, addressing a variety of legal issues for the company, she has implemented a local compliance programme that’s focused on antitrust and anticorruption, also updating the business code of conduct. She has strengthened the internal role of the legal department, transforming the team into a business partner for the company. As well as Loma Negra’s operations in Argentina, Loureiro also provides legal advice on the organisation’s subsidiary companies and activities in Paraguay. She was appointed her current position in July 2017, before which she was legal team leader from 2014 to 2017 and legal department coordinator from 2013 to 2014. During the past three years, Loureiro and her team have been involved in some important transactions for Loma Negra. She particularly notes legal team’s contribution to Loma Negra’s IPO on the NYSE in 2017, the biggest IPO by an Argentine company within the last two decades. It was a professional challenge with ‘legal responsibility to lead the launch of Loma Negra simultaneously in various markets and address the changes happened in the company after IPO. It was a year of much learning and teamwork’, she explains. Loureiro has also successfully led legal negotiations with international suppliers for engineering projects such as the acquisition of a cement plant with an amount of US$300m. In addition, she has implemented multiple local mergers of related companies to reduce administrative costs and apply unused tax losses. Summarising her in-house career at Loma Negra, she states ‘the participation in international projects as legal counsel has changed my approach of negotiation, organising and leading projects’. Being the compliance officer has allowed her to ‘deeply understand the internal process of the company and business units to propose areas of improvement on compliance issues’, she adds.