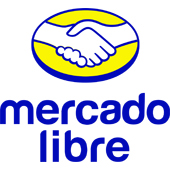 Jacobo Cohen Imach is the general counsel of MercadoLibre.com, Latin America’s leading e-commerce technology company. Through its primary platforms, MercadoLibre.com and MercadoPago.com, Mercado Libre provides solutions to individuals and companies buying, selling, advertising, and paying for goods online. Cohen joined the company in 1999, the same year Mercado Libre was founded, and had actively developed his role until he was appointed as senior vice president – general counsel, legal and public affairs in 2017. He now heads the legal and public policy department which consists of more than 70 people, providing legal advice across a range of business units. As the first in-house counsel of Mercado Libre, Cohen had the chance to create and develop a team from scratch. ‘The challenge was and is, to ensure everyone in the team is seen and acts as a business partner, who understands the business and its needs, makes a balanced risk assessment and provides legal advice with common and business sense and can apply creativity and innovation to approach and solve problems and legal situations’, Cohen states. He has overseen important transactions and litigations during the last three years, such as the issuance of US$880m senior convertible note in 2018, and the creation of a legal intelligence team in the legal department with the purpose of optimising cost control. This creation ‘contributed to reduce the litigation costs of the company and the number of claims’, Cohen says. Throughout his in-house career, Cohen highlights a number of memorable moments. One of them is the development of the intellectual property protection programme, which is designed to protect third-party IP rights at Mercado Libre. It gained public recognition, received awards and became an industry standard in Latin America over the years. Another notable milestone is the launch of Mercado Pago, which is the leading online payment ecosystem and a game changer in the development of e-commerce in Latin America. ‘At the time Mercado Pago was launched, the countries where we operated in didn’t have fintech regulations. Since the very beginning, it created a very interesting complexity and sophistication from the legal standpoint, but we helped organise and run the business with creativity, by thinking out of the box and being bold’, Cohen explains. ‘Mercado Libre’s IPO is another major achievement that we’ve been dreaming [of] since day one. It required a lot of focus and an incredible amount of work for a long time, but it’s worth it. From a professional standpoint it was very challenging work, but also a journey during which I learned a lot’, he adds.