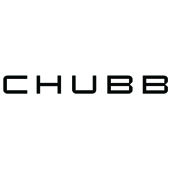 Ignacio Salguero is the general counsel (covering Argentina) and data protection officer (covering Latin America) of Chubb, the world’s largest publicly traded property and casualty insurer. With operations in 54 countries and territories, Chubb is a global provider of insurance products covering property and casualty, accident and health, reinsurance, and life insurance. Salguero joined Chubb as general counsel in 2015, and since then has revolutionised the legal department, shifting the culture from a focus on micromanagement to a results-driven approach, which ‘created motivation and gave the lawyers more responsibilities’, says Salguero. In addition to his legal position, Salguero also assumed a regional role on data privacy, supporting compliance of privacy and protecting corporate data across the organisation in Latin America. One of the most important transactions that Salguero and his team have contributed to recently is the merger between ACE and Chubb, which consequently created the largest publicly traded property and liability insurer, operating under the well-known Chubb name. With 12 years of experience as legal counsel working on fiscal and regulatory matters, M&A transactions, strategic alliances and corporate governance, Salguero is viewed as an ‘exceptional legal professional’ by his peers. Before working at Chubb, Salguero obtained valuable experience at various multinational companies, including Prudential Financial, MAPFRE, Duke Energy Argentina and Zurich Insurance. He particularly highlights his time at MAPFRE, serving as senior litigation counsel, where he created the litigation department and supervised a massive litigation portfolio with over 700 cases.