Baker McKenzie remains a market leader in advising on large, complex outsourcing projects. The practice particularly focuses on IT outsourcings (ITO), especially in the area of managed operations, and the outsourcing and consolidation of data centres. Counsel Björn Helwig acts almost entirely on the service provider side, but also covers outsourcings for buyers. His recewnt highlights include advising a globally operating management consulting, technology and outsourcing service provider on negotiating a global transformation and HR outsourcing contract with an internationally leading insurance company. Matthias Scholz is also highly visible advising on large outsourcing transactions with a special focus on the finance sector and pharmaceutical industry; he assisted a European logistics company with the conclusion of an outsourcing agreement, the sale of its assets and the provision of transition services. Holger Lutz advised a company in the finance industry on the design and execution of a tender for the outsourcing of global workplace services. Allianz is also a client.

CMS’ broad IT practice includes advising on large, complex outsourcings, which are increasingly fuelled by innovation- and IT-driven transactions and usually have an offshore component. Markus Häuser is assiting key client Accenture with several complex outsourcing projects, including with Siemens, among others. He also handled an F&A outsourcing project with strong near and offshore components (Poland, India) for a consulting and IT service provider; the client was an internationally operating company in the steel industry and the mandate included high shares of robotic process automation. Axel Funk assisted an international service provider for the servicing of complex financial portfolios with outsourcing the majority of its services to an external service provider. Entserv is also a client. Malte Grützmacher is another key name.

Noerr remains active in advising on outsourcing transactions, including the outsourcing of individual business processes (BPO) and traditional ITOs. The firm is assisting Bayer with the drafting and negotiating of comprehensive IT and BPO outsourcing agreements for a planned carve-out of business units in the context of a large M&A deal; acted for ISS on a business outsourcing contract with Deutsche Telekom; and is handling the outsourcing of the finance and accounting areas to Capgemini for Klöckner & Co. The team also represents clients in disputes around outsourcings and advises on outsourcings into the cloud. It is currently representing an IT service provider for banks in a large IT dispute with Avaloq Sourcing and assisted a family-run group in the packaging, paper and recycling industry with a tender for the outsourcing of the entire staff management into the cloud. Other clients include Bertelsmann, a vehicle financing bank, a group of companies in the area of textile management and a transport and logistics company. Thomas Thalhofer heads the practice.

Osborne Clarke advises on outsourcings, with traditional strength acting on the service provider side – where it is a popular choice for Indian providers in particular – but also advises on the buyer side, including for large German companies including Axel Springer, Rewe, Tengelmann and Autobahn Tank & Rast. It frequently advises on second and third generation outsourcings; it recently assisted a leading transmission system operator in Europe with a second generation outsourcing project. The team also saw strong demand for combined advice on outsourcings, re- or insourcings and cloud projects. Other clients include Able Management Services, First Solar, HCL, Hilti and Tech Mahindra. Ulrich Bäumer is the key figure; he is also co-head of the India Group.

Covington opened its first German office in April 2018 with a former team from Heymann & Partner Rechtsanwälte, which continues to advise on outsourcings under a new banner. The group has expertise acting for several financial service providers on outsourcing transactions, including assisting SEB with the closing of an outsourcing agreement in the reporting system area, which included consideration of banking regulatory requirements. The firm also acts for clients in the energy sector on the global outsourcings of their IT infrastructure and services as well as network services. ‘Very precise lawyer’ Moritz Hüsch is ‘incredibly active, particularly in the outsourcing area’. Lars Lensdorf is also recommended.

DLA Piper remains very active in outsourcing matters and advises on ITOs and BPOs, as well as handling disputes in connection with outsourcing agreements. On the buyer side, clients include an international insurance company, an international automotive manufacturer, a chemical corporation and a multinational bank, among others, and several global IT service providers on the provider side. Key partner Jan Pohle has expertise in the outsourcing of IT and telecoms services and business processes and Jan Geert Meents is considered ‘really good’.

Latham & Watkins LLP advises on traditional outsourcings and outsourcing matters relating to M&A transactions and cloud computing services, where it acts for service providers and large buyers. The firm assisted BC Partners with the acquisition of PlusServer, a market leader in the area of managed hosting in Germany, from GoDaddy. The team recently handled ZF Friedrichshafen’s outsourcing of its Global Body Control Systems business unit to Luxshare by means of a carve-out structure spanning over ten jurisdictions. It also has a focus on outsourcing projects in the banking sector. Another longstanding client is Deutsche Bank; Siemens is also a key client. Counsel Thies Deike is particularly active and focuses on outsourcings in the financial services sector.

Luther Rechtsanwaltsgesellschaft mbH advises on German and international ITOs and BPOs and acts on the side of IT service providers, such as InfoSys, and for corporations, including BASF. Recent highlights include advising thyssenkrupp on its global IT outsourcing with T-Systems. The team also assisted new client Klosterfrau with the global outsourcing of its HR system and is advising the holding companies of several airlines on data protection matters concerning the outsourcing of business divisions. Michael Rath is ‘excellent’, according to peers.

Waldeck Rechtsanwälte PartmbB’s three-partner strong team continues to focus on outsourcing transactions with industry-specific requirements and has comprehensive expertise in the banking and finance sector and regulatory environment in particular. Consequently, it frequently advises at the intersection with banking regulatory law and also public procurement. Jens-Holger Petri has outsourcing expertise with additional experience in banking regulatory matters; he recently assisted a bank with the renegotiation of an outsourcing agreement relating to a trade system for the implementation of requirements according to the new minimum supervisory requirements to risk management. Other banking sector clients include Rabobank and ING-DiBa. Two longstanding clients on the IT service provider side are Deutsche Telekom and its subsidiary T-Systems.

White & Case LLP’s work in this area includes the outsourcing of IT infrastructure, application management, BPO and facility management. The team has expertise handling complex, often multinational deals and has a particular focus on complex cloud projects in the industrial and financial services sectors and projects concerning the conversion of the core banking system. Various DAX-listed companies sought out the firm’s advice on the sourcing of cloud services, while in the outsourcing space clients predominantly stem from the finance industry; recent clients include a large bank, a cooperative bank, a commercial bank and a stock exchange operator. Jost Kotthoff is noted.

Bird & Bird’s broad IT practice also covers outsourcing transactions. Fabian Niemann advised Dalli on a large logistics outsourcing, with assistance ranging from the tender to contract negotiations in two tranches. European Stability Mechanism is another client. Jörg-Alexander Paul is experienced in complex BPO and ITO transactions with a focus on the finance industry, both on the client and service provider side. Henriette Picot and Lennart Schüßler were also active advising on outsourcing projects.

With ‘a high-service level’ and ‘quick and timely responses’ Freshfields Bruckhaus Deringer is a popular choice for outsourcing transactions. The ‘competent advice is based on sound industry knowledge and a good commercial understanding’. According to clients, Torsten Schreier ‘stands out in particular’: he is noted for ‘his expertise, business sense and negotiation skills’. He advised Unicredit on the second tranche of the outsourcings for its entire IT infrastructure to IBM and assisted HSH Nordbank with an outsourcing agreement regarding services for shipping portfolios with HSH Portfoliomanagement and Cerberus. He also acted for Cinven, CPPIB and Hotelbeds in the renegotiations for a significant outsourcing contract with IBM. Under the lead of the London practice, the team also advised a UK investment company on the second outsourcing round of business process and management services and the outsourcing of its IT infrastructure.

Greenberg Traurig Germany’s outsourcing advice is ‘exceptionally good’ and focused largely on IT infrastructure outsourcing, where the firm increasingly acts for technologically adept real estate companies and clients in the telecoms sector. The team also noted an increase in IT outsourcing projects in the MedTech area, such as for hospital bed manufacturer Völker. Christoph Enaux advises the Berlin housing association Gewobag on an outsourcing project for the implementation of a new cable network concept for 50,000 residential units and Stefan Lütje acted for a US IT outsourcing company, among others. Other clients include ZTE and Stadt und Land (Berlin’s state-owned public housing company). 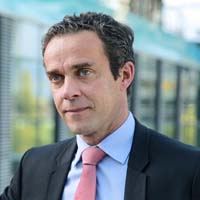 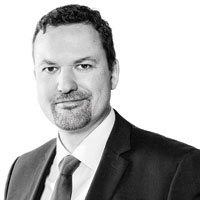