A fundamental principle for multi-national companies is compliance with the law of all nations where they do business. But a recurrent dilemma is what to do when a corporation’s global ethical standards (‘oppose censorship’ for a global media company) collides with national law (China’s extensive state censorship). As companies globalize and nations regulate ever more, this vexatious problem is not esoteric, but recurring. Most companies make voluntary decisions to adopt ethical standards beyond what formal legal and financial rules mandate. A decision that a company’s global ethical standards conflict with national law raises a range of options: obey the law; be civilly disobedient (a very uncomfortable, often untenable, position for global companies dedicated to rule of law); try to change the law; or stop doing business in that nation.

In thinking through this dramatic issue, there are two limiting cases. At one end, is the ethical obtuseness, even complicity, of American companies in Nazi Germany in the 1930s. Although the detailed history is complicated, many US and UK multinationals – for example; IBM, Kodak, GE, DuPont, GM, and Ford – had either wholly owned or majority interest subsidiaries operating in Germany from Hitler’s assumption of power in 1933 to the outbreak of war in 1939 (and some thereafter). These subsidiaries continued to operate in Germany despite increasing discrimination in law, and the subsequent enforcement of those laws against religious groups, ethnic groups, political opponents, and other minorities. The American subsidiaries stood by as harassment, violence and imprisonment occurred. Moreover, a number directly or indirectly aided the Nazis, either in developing weapons of war or in the horrific acts against oppressed peoples. There were many reasons American companies were so obtuse, inert or complicit. Ranging from a desire for profits, support for Germany in the face of a Communist threat from the Soviet Union, their own weak ethical standards in that period, as well as unawareness or indifference (more likely) in pre-War America to the growth of Hitler’s dictatorial powers and the inhumane principles and practices of the Third Reich.

At the other end of the spectrum is South Africa in the 1980s. American companies, after long quiescence, became more vocal in opposition to apartheid. This was due to strong anti-apartheid sentiment in the United States – stimulated by the moral power of the civil rights revolution of the 1960s – and to the widely publicized attempts by the South African government to put down protests against discrimination with violence, which echoed repressive acts by the Southern States in America. By the mid-80s, more than 125 American companies had signed the Sullivan Principles that committed these global corporations not to follow apartheid: the principles banned discrimination in the workplace and sought to achieve greater pay and supervisory roles for black workers, through training, employment practices and wage adjustments. Implementation of the principles were, for some years, the benchmark by which US companies were judged in determining whether investors both in the US and around the world should divest.

Along this wide spectrum of corporate failure to oppose Nazi discrimination and atrocities and corporate opposition to apartheid, are a range of possible actions when national laws are in clear conflict with a company’s global standards. The poster-child today for this set of problems – and ranges of response – is China. At one extreme, despite their support for the civil rights and civil liberties of traditional market economies, most multi-nationals headquartered in developed nations are willing to do business in, what some Western commentators have deemed, China’s autocratic and repressive political regime. They seek revenues and profitability in a huge, growing market. They may believe economic liberty (if not political freedom) is increasing. They may hope (or pay lip service to the hope) that China is capable of moving towards greater rule of law over time, in contrast to the sclerotic apartheid regime. They may be influenced by general US government support for economic engagement with China – despite many specific disagreements about currency or piracy or cybersecurity or human rights violations or islands in the South China Sea. Moreover, compared to public antagonism against South Africa’s demonstrably racist regime, there is not comparable anti-China sentiment in the United States because feelings about deprivation of civil rights and civil liberties are more diffuse – even when dissidents are jailed.

Despite a general ethos of multi-national engagement in the Chinese economy, businesses must tread carefully when Chinese law conflicts with a corporation’s global standards in a very direct and immediate way. In my own experience at GE, we were faced with a Chinese law enforcement demand to review the contents of all employee computers at a GE facility with several hundred local Chinese workers. One of those workers had been arrested in Tiananmen Square for demonstrating against the government as a member of Falun Gong (a quasi-religious group which the Chinese view as a threat to stability and security). The authorities wanted to determine if other GE employees at that workplace were members of Falun Gong.

This matter reached my desk within hours. GE told Chinese authorities that such a broad request would violate our employees’ right to privacy and religious freedom. The company also noted that, like most major companies, it had a world-wide policy against proselytizing for any cause inside the company, although we supported an employee’s right to advocate for political causes outside the work place perimeter. GE never had to decide whether to resist the request (or insist on being served with a formal subpoena). On a private basis, it was able to convince the enforcement superiors that a public dispute over this potential hot-button issue, in these circumstances, did not make sense. The information request was not withdrawn, but it was never pressed and simply went away. But we recognized that such a result, which avoided a potential conflict between local law enforcement and GE global standards, was possible only because there had been no public attention to the matter and because it involved only one facility with several hundred workers.

By contrast, Google’s decision on whether to accept Chinese internet censorship, despite its general global position for free speech and against government intrusion, was going to receive international attention. It involved operations of a famous company across all of China. It highlighted in stark terms a deep conflict between Google’s belief in an open internet and the Chinese belief that the internet was a threat – both to civil order and the Chinese Communist Party. In 2007, Google had, at first, decided to operate under a Chinese licence which accepted government censorship, contrary to its global standards. In addition to obvious commercial objectives, it did so in the hope that giving the people of China access to some information was better than no access at all. In 2010, after hacking incidents, disclosure of private emails and theft of intellectual property, Google reversed course. It decided it would elevate global standards for free speech above China law and announced it would no longer accept Chinese censorship. It knew that the Chinese authorities would close down Google China, which they did. This is a striking contemporary example of the tension between a company’s ethical standards and national law. 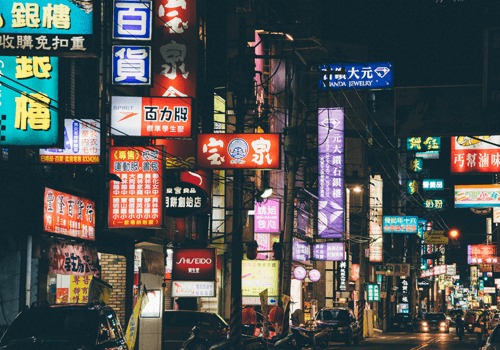 Yet, different responses by other internet companies shows the complexity of these issues. Microsoft’s Bing search engine continues to operate in China, with that iconic global company accepting censorship. But it does not censor voluntarily, and has a set of internal principles which require a legally binding order in writing from the government before it will disallow content. Those principles also require that users be informed that the information they are receiving has been censored by the government. Bing has virtually no China market share, and so Microsoft attracts virtually no international attention for taking a position different than Google’s. One can only speculate why Microsoft would act differently. Perhaps, so long as it has a formal government order in writing, it is willing to accept China’s Great Firewall against internet freedom because ‘search’ is such a small part of its activities in China (in contrast to Google) which it doesn’t want to jeopardize in a confrontation with the government: significant sales of basic software in China (despite constant threats of intellectual property theft) and important R&D efforts which tap China’s intellectual capital. Similarly, LinkedIn has recently sought to expand in the China market and has said that it will accept Chinese censorship. Here too, it has made a judgment that complying with local law, is consistent with a commercial strategy to grow in China. Even Google is seeking to participate in the Chinese market through smartphone operating systems and apps that, for now, do not alter its opposition to Chinese censorship and email hacking.

Moreover, the internet issue of ethical standards versus national law, of course, exists outside of China. Google and other internet companies, despite global commitment to free speech and the free flow of information, face thousands of demands a year for censorship from governments all across the globe. Some nations say that content deriding religious figures is prohibited. Others ban information on the private lives of government leaders. Others want the internet free of hate speech or child pornography or web-gambling or Neo-Nazi propaganda. Google, and other internet companies, accept this much more targeted censorship of national law, sometimes voluntarily and oftentimes when ordered to do so by government authorities. Free speech advocates say internet companies should resist such censorship and only accept it when there is a final legal order from competent authorities. Established in 2008 by Google, Microsoft, and Yahoo, as well as civil society organizations, investors and academics, the Global Network Initiative (GNI) seeks to establish standards for what internet companies should do when confronted with government demands to suppress speech. But, if there is a ‘valid’ censorship order from authorities which follows local legal process, GNI does not require that the affected entity disobey. For example, in the second half of 2014, Facebook, a GNI member, removed more than 9,000 pieces of content for violating local laws (most arising in either Turkey or India).

This is emblematic of the duty of global companies to anticipate and resolve recurrent tensions between the global corporation’s ethical standards and the demands of national law. This conflict across a range of matters has been important in the past and will, in my view, be increasingly important in the future as globalization proceeds apace and corporations seek to establish an ethical culture that is uniform across the world, but that inevitably – and constantly – bumps into contrary national law.