What is considered important professional ‘news’ for an in-house lawyer? Sure, many will see the changing legal landscape as news, scanning diligently the usual array of legal industry journals on a daily basis. But what other sources do you use to gather your news from? For that matter, what even is news?

Well, that’s going to depend on your mindset. For those with an ‘Expert’ mindset, industry journals will be your thing – that and other sources where knowledge of your area of expertise is kept topped up with the latest ideas, findings, legislation, decisions and cases. For you, the route to adding value is high-quality legal insight, so any source that supports that is of value.

However those with a ‘Leader’ mindset – a GC for whom adding value means firstly appreciating the value system that the organisation operates within – you are more likely take a perspective that looks beyond the legal world. You’ll likely have a mix of sources. Some will provide political insight. Others will be economic. Some will be social. Some technological. Some environmental. The legal will still be there, but the hard detail on certain aspects of it, you might either skim or delegate to others. For you, the route to adding value is the influence you have across the entire value system. So any sources that provide that PESTEL (political, economic, social, technological, environmental and legal) view are the ones of value. The Economist, Time, The New York Times, Forbes and so on might be as much a staple as GC Magazine, in other words.

Why does this matter? Two reasons.

Firstly, organisations arguably need more GCs with the ‘Leader’ mindset than ever before. The political, economic, social, technological, environmental and legal landscape is more VUCA than it has been at any time in the last 60 years. VUCA stands for Volatility, Uncertainty, Complexity and Ambiguity, and is a mnemonic coined by the US Army War College in the early 90s. But in today’s unpredictable and uncertain contemporary world, VUCA is fast entering the vocabulary of those who run in leadership and management circles.

In the UK, the nation has decided to vote to leave the European Union, for reasons as numerous as they are unproven. We don’t really know why 17,410,742 people voted to end an economically, socially, technologically, environmentally and legally successful union – though plenty will convince you that they do. But the truth is we don’t. At the end of the day, 16,141,241 others put their cross in the other box and we don’t really know why they did so either. That’s the problem with referenda: large sample, but a single question. As a survey, when it’s on such a complex issue, it’s effectively useless. But you’ll still have plenty telling you they know exactly why it happened.

But what we do know is years of ‘Volatility, Uncertainty, Complexity and Ambiguity’ await.

In the US, we are in the midst of the most extraordinary election campaign that most (if not all) of us have seen in our lifetimes. And yes, you can if you wish read ‘extraordinary’ as a euphemism. This could conceivably produce upset with consequences far beyond the shores of the US. ‘Volatility’ in this sense could well mean militaristic as well as market upheaval.

In the Baltic states there is growing nervousness spurred by the perception of a weakened EU. A potentially weakened EU raises the spectre of a stridently nationalist Russia being ever more expansionist. In Turkey, a full-on struggle against a populist leader, using an anti-secular agenda to seize and control national sovereignty, is threatening the most stable Islamist nation state on the planet.

China is redefining its economic model, dealing with the social impact of a decades-long one-child policy and the rise of a debt-addicted middle class. Japan is struggling to undo its own demographic constraints, and in developed nations, neo-populism is competing with ‘smartphone socialism’ to push politics into the extremes.

In short, we live in what most would agree are uncertain times. And that’s without mentioning the impacts of technology. The upshot is that the VUCA world where we now live makes it necessary for leaders to challenge and rethink many of the assumptions we held about the world in which their organisation operates.

Which leads to the second reason that this matters: Leaders in uncertain times need to, well, lead.

In VUCA times, for an outward-facing GC, a ‘Leader’ mindset is no longer a nice thing to have, but is arguably a necessity – perhaps even becoming a new normal for the role. That means that as well as scanning externally, GCs need to be scanning internally for the challenges a VUCA world brings to their own organisations. This is hard, as it calls for more than being able to rationalise and report – any good analyst can do that. Instead, for a GC, it calls for the additional and even rarer capability of being able to make sense of the data and determine a way forward.

But of course, that’s easier said than done, as it means that GCs have to handle the paradoxical nature of ‘wicked problems’. First characterised in the 1970s by Horst Rittel – a professor of the Science of Design at Berkeley – ‘wicked problems’ are those that are impossible to solve entirely because they have ‘incomplete, contradictory, and changing requirements’. In simple terms, there is no single correct answer, just a series of ‘least wrong’ ones – all of which are impossible to be seen clearly at the outset. Things will always be working or being worked upon, but they are rarely actually solved. Changing an organisation’s culture or operating model is a challenge at any time. Doing so in a VUCA environment is a ‘wicked problem’.

‘GCs need to be scanning internally for the challenges a VUCA world brings to their own organisations.’

This makes it hard for leaders who are expected to provide clarity and certainty where they know none exists. To compound this, many leaders in organisations were taught models for understanding organisations based on research done in business schools, not in VUCA contexts, using ‘tame’ rather than ‘wicked problems’. These models and methods still have value, but need those with the confidence and emotional maturity to notice that their mental models are built on assumptions that may be 40 years out of date. The less confident or emotionally mature (of which there are too many in senior leadership positions) may erroneously fail to see this intellectual disconnect and consequently keep trying to apply old solutions to new problems. When they don’t get the desired outcome, they fail to examine their own flawed approaches as the source. No one is to blame when there is no ideal answer, but there will be those who always find someone.

Another challenge for leaders dealing with ‘wicked problems’ in a VUCA context is the need to provide others with an illusion of certainty during times of uncertainty. This is hard enough, but in uncertain times, the standard response is to provide higher levels of clarity and direction. However, when fixing ‘wicked problems’, if this leads to a restriction on the discretion of followers, then leaders find that those they are leading start to complain that they lack sufficient discretion needed to ‘work things out’. Subsequently, the leader might alter their approach and grant the freedom requested, only to be met by even more complaints that objectives and targets aren’t clear!

So which is the correct approach to take?

The paradox is, in many ways, both are. Or rather, neither are explicitly incorrect. In VUCA environments, people can need both clarity and freedom because there might never be a right answer, only the least wrong. These sorts of challenges create tensions for all involved, but in particular for those who need to exhibit leadership. Here leaders need an understanding that this is as difficult for followers as it is for them. In short, they’ll have the empathy, compassion and resilience to be strong for themselves and their people. The thin-skinned among us need not apply.

So what is a GC with a ‘Leader’ mindset to do if they are to handle these challenges? In our research at Cranfield, we’ve come across very few GCs with ‘Leader’ mindsets – which is either highly disappointing or the result of bad sampling. In a couple of years, I’ll have a better idea of which. But those that we have met employ a few interesting approaches that those in similar circumstances could look to emulate – whether as a case of best practice or best for the situation.

Firstly – they hold a richer insight into the environment in which the organisation exists. This lets those with that mindset spot opportunities or risks that others may miss. The news sources I mentioned above, or equivalents, as regular reading are a good indicator of this. They are eclectic, inquisitive and curious about the world in which the organisation exists. 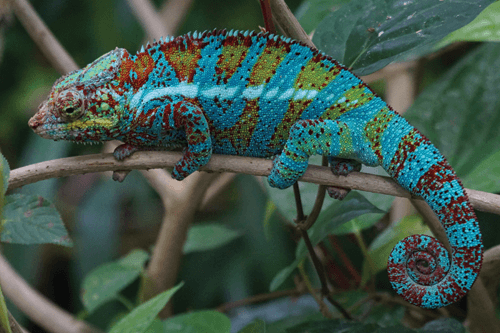 Secondly – they see the organisation they are part of differently. They have a stoicism that lets them evaluate what needs to be done, without becoming wedded in wasteful debates about why things aren’t perfect right now. This lets them be more productive.

Thirdly – they see people in the organisation differently too. They appreciate the complexity that arises from people, but also the power that rests within their discretion if cultivated and directed astutely. They are wise enough to know that people are the core of any organisation and are the real drivers of value, and this lets them get more from people than others do.

Finally – they see themselves differently. They are humble when others show hubris. They are resolute when others are uncertain. They are brave when others are fearful. They know that they can only orchestrate – others are the ones who will make things happen. This makes them powerful, as they get the best from people and don’t allow their ego to get in the way.

For most GCs, little of this will be new insight. Yet still one of the toughest challenges for GCs today is to see these qualities as being synonymous with their GC role. This isn’t because they don’t have the attributes, but because the mindset is one of being an Expert, not that of being a Leader.

GCs should be looking to equip themselves with the tools and information to understand the nature of the VUCA problems facing their organisation.

My advice: educate yourself on how to find the VUCA implications for your organisation that you aren’t already aware of. Find ways to strengthen yourself for the personal challenges that will come. I suspect that will help you solve your own organisation’s problems, which is better than listening to some talking head drone on about theirs.