Since the advent of the global financial crisis back in 2008, the emphasis in Europe has been on repairing those economies worst hit. During this period, some states have felt the impact of the economic crisis worse than others and the priority for those has been initiating reforms designed to stimulate their domestic economies, while putting the single market back on the path to prosperity.

Greece has of course been the poster child for the woes of sovereign debt throughout this period, with the struggles of Ireland, Spain and Portugal also well documented.

But somewhat less talked about has been the structural economic issues prevalent across some of the more major players within the EU. With the impending exit of Great Britain from the European Union, the recovery of other traditional economic powers within the single market has become increasingly critical. While Germany has remained relatively resilient in the face of fiscal upheaval, both France and Italy have dealt with high unemployment and prolonged periods of recession.

A state of transition

Since reaching a peak prior to the Global Financial Crisis in 2008, Italian GDP has dropped 23.9% from $2.39 trillion USD to $1.82 trillion in 2015. During that same period, unemployment nearly doubled from 6.7% to 12.5%, placing further stresses on social infrastructure during a period where national income was plummeting.

Exacerbating that situation, Italy still holds the second highest ratio of government debt to GDP in Europe, trailing only Greece – so there’s still considerable work left to do. With a continuation of austerity measures likely for the foreseeable future and economists forecasting tough times ahead, the sentiment expressed by the GCs we spoke to was not wholly positive looking forward.

‘People as a whole are not really confident in the economy, even though many are of the opinion that the government has been working hard to reform over the past few years,’ says Diego Manzetti, general counsel – Italy, at AIG.

While attempts at reform have seen changes to labour market regulations implemented, just like in France, the biggest potential chance to affect material change on Italy’s political and economic framework will come in October this year. In a constitutional referendum, Italians will vote on what would be the most significant reform since the abolition of the monarchy, completely overhauling the political system.

The result of that vote will have a marked impact on the foreseeable future for Italy, with Prime Minister Matteo Renzi’s job likely on the line, as well as future fiscal policy and geopolitical arrangements.

But even before they head to the polls, some saw reason for optimism. Manzetti says that a rise in positive indicators for improving economic strength gives him confidence in an Italian rebound in the coming years.

‘There are positive signs for the economy; there is economic growth occurring, merger and acquisition activity is on the rise, companies are starting to perform better – I think the outlook on the horizon is certainly more positive.’

As the country as a whole works to tighten its belt on the spending side, it’s little surprise that the same sentiment is flowing through to a number of businesses across Italy in a depressed economic climate.

‘A lot of companies are facing a time when they have to be more efficient, at the same time, Italy as a country is doing the same,’ says Manzetti, who spoke to the role of the general counsel in working with corporate to implement cost-saving initiatives.

‘We have to support the business in implementing those cost-saving initiatives throughout the organisation, which means sometimes working with the trade unions and supporting human resources in any consultation; it’s been an activity that is going on in Italy across a number of sectors, particularly financial, for over a year now.’

As the Italian government works to stimulate the economy, both market and legislative reform have been high on the agenda, leaving in-house legal departments with a fluid environment to operate and advise in.

‘There are a number of new laws and regulations coming, and the volume is increasing every month. Recently we have had reform of employment legislation, procurement legislation, some changes in the criminal courts concerning fiscal crimes, as well as new standards for competition and transparency,’ explains Manzetti.

Significant progress has been made on reforming the banking sector in particular, but progress is still yet to be made around competition rules and corporate tax – although, those we spoke with expected more change to be on the way over the short-to-medium term. 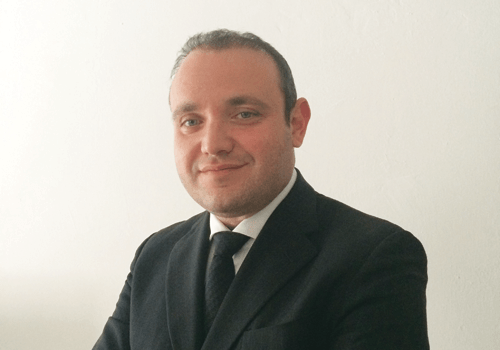 ‘There’s really a lot coming on the horizon, so there’s a lot to keep in-house counsel busy! We will need to work to review what is coming on one side, and then on the other, try to effect change internally to ensure that we remain compliant. It is challenging work.’

But, says Gabriella Dore, executive vice president and general counsel – Europe and Africa, at Fox Networks Group, new legislation can also create opportunities for in-house legal to demonstrate their worth to the rest of the business.

‘New laws can create new opportunities for businesses – particularly if you’re able to look at it as an opportunity in advance before your competitors do – so you can advise the business on how to make strategic adjustments as part of those changes. That’s a real part where we can add value to the business,’ she says.

But despite that pace of change, Dore contends that there is still room for improvement, as a lot of the time the law remains in a position of playing catch-up in areas which business need them to be more proactive.

‘Unfortunately the law does not move as quickly as business changes, so I feel a lot of the time you have to be able to read between the lines. You have to be able to find in the laws, in the directories, in the regulations, what it is that allows you to go ahead and deal with your business without breaching any rules,’ says Dore.

Changing role of the GC in Italy

Dealing with those regulatory reforms is just one more task for in-house departments to contend with, in what our interviewees tell us is a quickly growing mandate, with an increasingly finite resource pool. For some, the upshot has been smaller and more efficient legal departments. For others, it has seen a growing raft of responsibilities for the general counsel to fulfil.

‘The in-house role today is indisputably incomparable to the same role some years ago: we are required to be good lawyers, familiar with finance fundamentals and experts in our industry: this blend is the key-differentiators from the outside counsels, and that’s why I see the in-house role as “the other side of the coin” of the legal profession, and not only an alternative choice,’ says Emiliano Berti, head of legal and compliance – Europe, at Nokia.

A significant amount of that change can be attributed to a more strategic role within business for the general counsel. With that new responsibility comes a requirement to stay abreast of the contemporary business environment and how your business fits into the larger landscape.

‘More and more, we must become more attuned to the business and its affairs. We’re really integrated now, it’s no longer so much about running a business inside a business. Now we’re getting much more involved with strategy, with making sure the business has the ability to execute, rather than just advising,’ explains Dore.

‘We are a business legal affairs department, so the most important part of our role is finding a solution. When we say no, it’s really because we can’t do it.’ 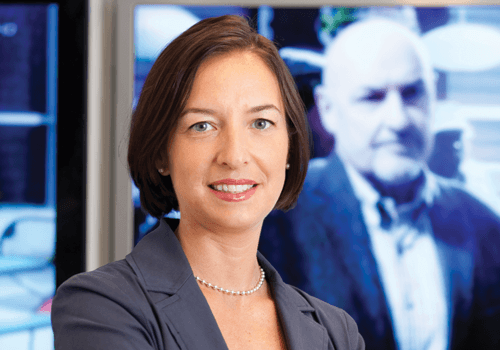 As part of the increasing sophistication of the general counsel role, there was a broad desire among Powerlist members to see business and industry-specific training increase.

‘I don’t see a lot of GCs having specific training on business, even though I believe it would be important to get some of that. I can see that as something that should be coming on the horizon, but it’s not something that’s happening very often yet,’ says Manzetti.

At present, GCs who operate in specialised industries tend to gain an understanding of the sector through a combination of on-the-job training and private practice experience. Manzetti, for example, specialised in insurance as an associate before moving in-house with AIG.

‘In order to be succeeding as a GC, you need to understand the business that your company is involved with. You couldn’t be a GC in an insurance company like AIG if you didn’t understand the insurance industry, because otherwise you’re not on the same level of understanding as the senior management you need to advise,’ explains Manzetti.

Brexit on the brain

While Britain’s pending withdrawal from the EU has been a hot topic globally, members of the GC Powerlist: Italy were particularly keen to engage on the subject. Many were forecasting troubling times ahead as a result, while on the flipside, a number – particularly some of those who spoke strictly off the record – were hoping that Brexit may serve as an example for Italian lawmakers to follow.

‘There are a lot of discussions in Italy as well about the future of the European Union, after the Brexit. Few political parties blame the Euro and the European Union (for budget constraints) for the economic crisis. However, differently from what happened in the United Kingdom, the Italian Constitution does not allow a referendum to exit,’ explains Manzetti, summing up the mood for a number of Italian general counsel. 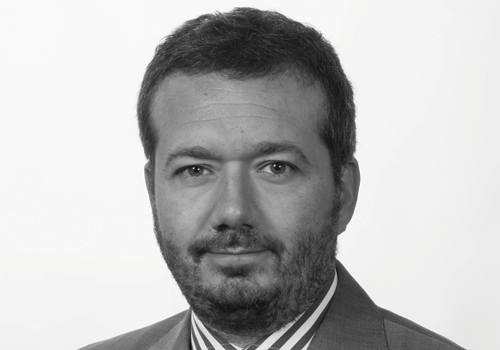 Others however were more focused on what the practical implications of a Brexit meant for keeping business a going concern, with potential changes to intellectual property a hot topic in particular.

‘There are uncertainties around Brexit consequences, for Britain and the rest of the EU. Once the process is completed – and it will take time – we might expect some extra work for us as EU rules will no longer apply to Britain,’ says Berti.

‘We might expect some impact, in general, as Britain is currently the heart of European ICT innovation. In terms of impact on in-house legal organisations such as the one I’m leading, we need first to wait for the definition of new rules of engagements Britain will set up with other countries.’

Below is a sample of companies featured in the GC Powerlist: Italy: