Reflecting on the MCCA’s 20th anniversary, I do think there has been a significant shift in the last 20 years. I think that is as a result of the elevation in the role of the in-house lawyer; Ben Heineman, former general counsel of GE, is credited as the godfather who revolutionized the role of in-house lawyers.

He believed in hiring the best and wooing the best talent to his legal department. As a result of his model, GE lawyers are always considered to be at the top of the tree. More generally, perception of the role has shifted from mediocre at best to being considered at the top of your game if you are a GC at a Fortune 500 company. Today, in-house lawyers and general counsel have so much more power than maybe even they realize, particularly in regards to D&I where they can control a lot more.

The MCCA focus when we started was to diversify the profession and ask how corporate counsel can play a role in that. If you look at percentages now, they are still terrible. But if you look at raw numbers, they have significantly improved. The MCCA’s role was critical then for that reason and is equally critical now for a different reason. We see that overall numbers have improved because more people are going to law school, but what hasn’t changed is overall diversity at the top.

My focus and vision for the MCCA is that we need to change representation at the top. Overall applications for minority law students are now down more than the general population; if you parse that out, applications for Asian American students are down the most. When there are fewer people coming through the pipeline, there are less for recruiters to choose from. One hypothesis is that diverse people are looking at the equation of how much they would spend on law school, how much they would have to work in a law firm, and still see no chance of making it to the top.

In the US in recent years, we do have the highest number of firsts and trailblazers thanks to the legacy of President Obama: The first African American attorney general, first African American woman attorney general, the first Latina to the United States Supreme Court. There has to be change at the top and that’s true in law firms and companies as well. In serving consumers and shareholders they are not serving just Caucasian men and women, but the legal profession remains predominantly white. 84% of the profession are white, and 92% of the upper-echelon roles – top general counsel and equity partners – are white.

We are developing a number of new programs to tackle this.

Our survey, which was conducted in association with Vault, looked at the top 200 law firms in the US and how small numbers are for African American, Hispanic and Asian Americans as law firm partners. This program is to help partners at these firms formulate a strategy for business development and execution, where they can learn the skills required to continue to grow a book of business, because ultimately in law firms today that’s what matters. Many have shared that once you make partner there aren’t the same developmental resources available. That is why we will collaborate with those partners to provide access to professional resources where possible. We’re also giving law firm associates the opportunity to network with junior in-house lawyers to help in this sphere. 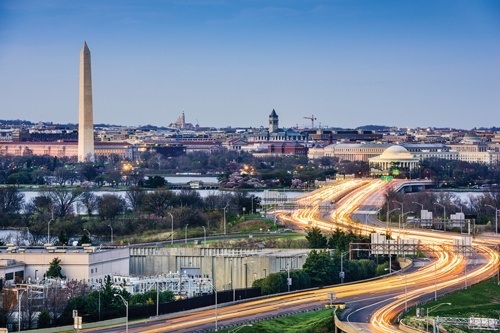 I conducted similar programs before I took this role for the Asian American community. It doesn’t mean that if you attend this you will become a Fortune 500 GC. But it will give people information and skills so that they are ready when they get the call. We are working with influential people and reaching out to Fortune 500 GCs who can lend their names and muscle to the program.

There are key practical steps that every in-house counsel can take regarding diversity. Lots of Fortune 1000 companies have very small legal deptartments. Those lawyers can actually make a huge impact, as you can really look at the diversity of the law firms you are hiring and keep them accountable. The effects of this can be big, for example, if you are a small company that has ten lawyers, you probably won’t have huge amounts of transactions or litigation, but when you use outside counsel you are using them for larger matters. Well, as an in-house lawyer today you have much more power than you did 20 years ago. You can say you can have my work but I want to know I have diverse lawyers really working on my slate. It’s about making your counsel accountable and checking it is really happening.

Looking at this as part of our 20th anniversary next year as I feel we all need to be working together in the profession but one thing that it hasn’t happened is a concerted collective effort.