I think it’s absolutely critical for a company to embrace diversity and inclusion. At Salesforce, we operate in a very competitive industry – one that is evolving every day and where innovation isn’t a ‘nice-to-have’, but a business imperative.

Forbes Magazine recognized our chief executive as the ‘innovator of the decade’, and in order to keep that up, as a business we need to have diversity – different backgrounds, beliefs and interests. We’re confident that such an environment fosters innovation and creativity, so our goal is to ensure that we have the right people here who are going to continue to innovate with us and keep us on top in the tech sphere.

The general counsel, like any senior manager, can be highly influential in setting the tone for diversity – both personally and within their department. For me, the key is being able to model the behavior you want to stay.

How in-house counsel use their power as a client to influence the firms they work with in this area is an interesting debate. I believe that one of the most powerful ways to use your influence here is to find out where firms might be struggling and work out how we can help each other in partnership. I had one firm who had shown up to work with us and the group of people present was not diverse at all. So I called up the partner and I could have just said ‘we aren’t going to work with your firm because of this’. But instead, we sat down and had a conversation about that firm’s recruitment of female lawyers and he shared some of the difficulties they were having with this. They were making a real effort to improve those demographics, and if I had just looked at the statistics, I wouldn’t have known that. We had a really good conversation about their strategies, strengths and weaknesses in this area and talked about potential solutions to help improve their diversity. I think that’s a perfect example of using your influence as the client to help effect change.

My legal career has spanned more than 20 years and, during that time, there’s been a huge shift in the United States from companies being focused totally on their shareholders, to an approach that really takes into account the perspectives and positions of all of their stakeholders. The benefits are becoming increasingly clear both for the company, and for the shareholders and stakeholders when such an approach is taken.

Salesforce has taken a very public and leading role in supporting diversity and equality issues within our communities. A couple of years back we began by taking on some very tough legislative issues, particularly in Indiana where the state introduced the Religious Freedom Restoration Act. We thought that the Act could be used to discriminate against the LGBT community and our chief executive Marc Benioff came out and said that as a company, Salesforce would halt expansion plans in Indiana if the law wasn’t amended. Subsequently, we ended up spending a lot of time in Indiana and were able to be part of the solution through an amendment to that law. In fact, a group of us were standing at the Indiana State Capitol to watch the amendment being passed, which is one of the proudest moments in my legal career.

Similarly, we continued this approach when a comparable bill in Georgia arose which we again thought could discriminate against the LGBT community. In both cases, our employees brought these issues to our attention. We were firm in our belief that these were laws which could be used to discriminate against our employees, our customers and members of the wider community. We felt that we really had an obligation to be on the front lines of these discussions publicly, which is consistent with our core values, one of which is equality. I believe that if you make a commitment to upholding equality as a core value, you have to be prepared to take action rather than sit back. We knew that these were controversial issues and this wasn’t necessarily an easy area for us to take such a public stand, but we had wonderful support from our employees and customers. Businesses are becoming very powerful platforms for change and, when you have that power, it is imperative to be able to put it to use in a positive way. 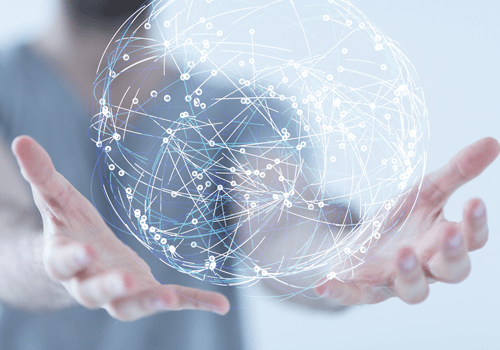 Beyond that, we’ve taken a very public position in terms of equal pay for women. In 2015, our chief executive announced that he was going to conduct an analysis of the compensation of our 17,000 employees to see if there were differences between what we were paying men and women. He announced this commitment before we knew what the results were and we subsequently made $3m worth of payments to correct the differences that arose during our study.

While progress is evident, I don’t necessarily think there’s a finish line to equality and I don’t think it’s enough to just look at the numbers. Looking at the numbers can help guide decision-making around diversity, but it only tells part of the story – it misses out important areas around inclusion and how people are really dealing with issues, how they’re sitting in the company and doing well. So that’s one area which is going to continue to be a struggle around how we measure success and progress in these areas, but I’m confident that by fostering a culture of transparency and openness, we can continue to make meaningful gains.

I genuinely believe that we’re entering a new era of equality. I don’t want to imply that we have achieved equality, but I feel that we’re really breaking through on these discussions and companies are waking up and focusing on these issues. Sometimes it’s about having the tough talk – but I think that is really going to lead us into a wonderful new era.