There are two perspectives for me with regards to sponsorship, firstly as a prior beneficiary of sponsorship and secondly, as someone who is now in a position to pass it on and sponsor others.

Back when I was promoted to managing director in January 2008, we didn’t formally have a sponsorship initiative in our division. There is a definite sense that, while it’s more formalized as a program now, there’s still a benefit to be found from sponsorship happening somewhat organically through people who have shared interests and work experiences, in addition to a more deliberate matching up of people.

In the legal and compliance division we are lucky in the sense that generally there are more women in the field, with more diversity than tends to be seen amongst the broader population on Wall Street. There are tangible benefits when sponsorship naturally occurs, because we have women coming in at the more junior ranks, there is a steady pipeline. I think sponsorship often works well when you have this element of organic synergy, although it is also important to target people in order to ensure there is equity of opportunity and to mitigate bias – whether conscious or unconscious.

What happened in my particular case, was that the leadership of my department was willing to see me as a person who could take a stretch assignment or something really different and ‘out there’. Essentially, every job I have had at Morgan Stanley hadn’t existed before I took it on, meaning that I had to go out and define it. My managers’ support and overall sponsorship helped me create these new roles, allowing me to define them, empowering me and providing the opportunity to show what I could do. Even if I didn’t have direct reporting lines from some of the people I was working with then, the fact they knew I was being supported by important people gave me an imprimatur of authority with which to build the new role.

I benefited from the foresight and confidence that my (male) managers had in me, particularly in seeing that I had the ability to perform those roles, often times before I did! When I was asked to take on these new roles, generally my initial response was: ‘I don’t know anything about that’. But despite starting out with a ‘why me?’ response, thankfully they responded with ‘yes you!’ because of my track record at the firm. That in itself was immeasurably valuable – every time they gave me that opportunity, encouraged me after my initial hesitation and reassured me that collectively we would figure out any critical issues, I benefited, my career benefited and the firm benefited. They gave me the opportunity to say ‘yes’ and that was the most important thing. These opportunities were not created for me they were created by circumstance but effective management and sponsorship ensured that I had the chance to make the most of them.

That is why it’s important that sponsorship involves looking across the ranks and keeping an eye on who opportunities are going to, then asking ‘am I offering those to people who come from more a diverse make up?’ 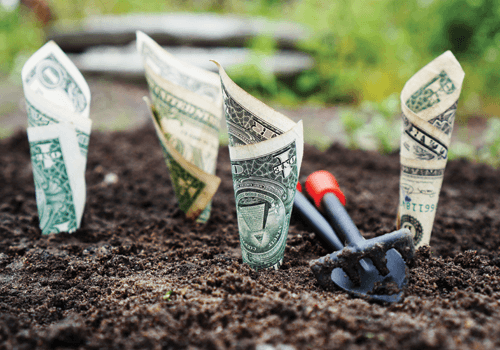 The manager’s role in this is identifying those talents to be fostered, nurturing any inherent hesitation in the sponsored person, and making sure they have the requisite support to follow through and capitalize on the opportunity being given. In my eyes, a key practical risk with sponsorship is that the person being sponsored doesn’t squander the opportunity and will make the most of it. It’s a two-way street and you need to make sure everyone plays their part.

The sponsor is supposed to be the person who is in the room when you’re not, is well-respected and has the ability to be a powerful advocate. Providing that support is essential, and how they use it is just as important – senior sponsorship sets the model and tone for what we’re doing.

Tone at the top does matter. How those in the middle follow through to support and sponsor throughout the ranks is also key – expectations must be set, benchmarked against and change initiated if we don’t see progress. Accountability is key.