For PayPal as a company, one of our core values is diversity and inclusion – it is not just a poster on the wall. It is fundamental to how we build our products. Fintech at PayPal is about democratizing money and allowing access to financial services to everyone.

The diversity inherent in that mission is ingrained in us as a company in everything we do, because of that, this is a topic that is fundamental to who we are and is one of the reasons I came to the company. How did this evolve? It’s multi-dimensional – it’s what we do every day and we take initiatives, whether company-led or divisional, and drive them in whatever way we want.

When I came to PayPal, I saw that some of our law firms were not very representative of our diverse employee base. I started an initiative where we went to all existing firms and asked them serious questions about their diversity initiatives and I told my leadership colleagues who did the same. I was looking at this and saying this was unsatisfactory. My external firms should be an extension of my team. Where it starts as just an idea organically, and not being spearheaded, is often where things have the most impact.

Because we split in 2015 from eBay, we have a great opportunity to create and innovate. What is key is bringing more diversity into leadership. We look at the top and we start with the board of directors, and one thing I can help drive and influence is diversity on the board. PayPal’s CEO Dan Schulman is passionate about this and broadcasts that our focus this year is to only bring diverse candidates through for consideration to the board; it’s about results and diversity brings results, we know this first-hand.

This is really important and is something everyone can do. We have a group called Unity within the company which is building awareness on issues like gender bias and advancing networking for men and women. I’m the executive sponsor for that. That group is driving programs such as the shadowing initiative, where more junior staff shadow senior staff.

I think there’s a big myth about executives not being willing to mentor and shadow; personally I never turn anyone down who asks and the interesting thing is that not that many people ask!

I have been very focused on building awareness about step-level conversations, where people who don’t report to me have a meeting with me. Being a role model is as much about the interactions and conversations as it is about making yourself available. Mentoring can be just one conversation, it doesn’t have to be a long-term commitment. I think that the ‘paying it forward’ concept is fundamental. Speaking personally, I have had phenomenal mentors both female and male in my career journey who have had great influence.

It’s taken me a while to figure out a lot of the best learnings helpful to fast track this conversation and to be able to share them. 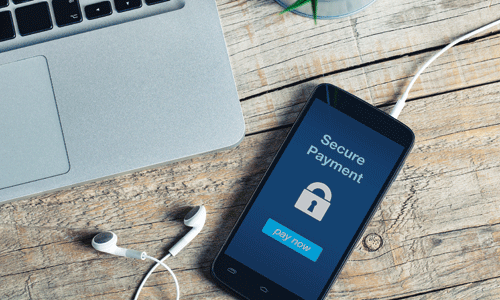 It’s that shared experience that can be so valuable, I remember in one of my first meetings when I became a vice president and the overwhelming feeling of ‘when are they going to find out I’m a fraud?’ When I spoke to other women, they identified with that in a matter of fact way as if it was something I should have known. No one tells you this and sharing those experiences helps validate and deal with insecurities like the classic imposter syndrome.

In the same way, one of the things that led me to PayPal was a conversation with the chairman at Nokia. I was sharing with him my decision to not stay at Nokia but my anxiety about finding a culture as powerful as Nokia – he coached me to find a company where I could help influence the culture. That was a profound conversation and influenced my path to arrive at PayPal, that’s one example of how a single conversation can have a lasting effect.

From a legal perspective, I have a pretty extensive pipeline, as I have a network I’ve spent years building.

The power of the client

We are fortunate in that we didn’t have established 30-year relationships with law firms. We’ve contacted our US law firms and collated our data and it’s very disappointing. We’re in the process of introducing new law firms in key areas and we monitor them on a continuous basis. You don’t get to come in and you don’t get to stay unless you remain focused on delivering on diversity. This is not about statistics, it’s about the fundamental results; I want the best results for the company and this will only come with diverse teams.

I gravitate to giving my work to those firms who instinctively know what it means to really have diverse teams – men and women from a diversity of backgrounds who are challenging each other on the call to get best results. For me it’s not just about how it looks but the reality of the actual interactions. I participate in a lot of meetings with external lawyers where historically, I might not have done, as it is important for me to see the interactions.

I am monitoring this globally and have had conversations with significant firms in Europe who are waking up to this slowly. As with headhunters, this is an opportunity for disruptive innovation, as there are firms who are getting very innovative in this space and seeing opportunities to ease some of the top league firms out of the picture. But for me the job always starts with diversity and that is what does and will give great results.